DANI AND HER THANKSGIVING CONUNDRUM

I wasn't going to make a post for today, but then I thought why not give our American friends (in PURRticular) a giggle or a groan. Most are likely GROAN-ups, anyway.

We Canadians had our Thanksgiving back in October and this year it was a precedented disaster.  My son was supposed to come over for a turkey dinner, but cancelled because he sprained an ankle and wasn't physically able to manage it.  So if you knew my son (which you don't) you'd be aware of his run-on sentences which in some cases morph into run-on paragraphs, and then dissertations with nary a breath taken.  It's like a runaway train -- no breaks, get it?

Anyway the upshot was that my husband had to take over the dinner preparation because I was tied up on the phone, and he had never roasted a turkey before.  You'd think no real biggie, eh?

Several hours later when my son finally let me go, I went to check on things only to find that hubby was already carving the turkey.  I saw juices running out of the poor bird's stuffed cavity and they were PINK.

Bottom line is, it was too late to return the MEWtilated beast to the oven when most of its flesh was parted from its bones and the stuffing, having soaked in uncooked juices, was salmonella waiting for an unwitting victim.  However, because we were 'witting' it went into the kitchen waste recyle bin to fester. And the back end followed.  What a car crash, or in this purrticular case a car cass!

So I wish you all better luck on your day of thanks, and I also proffur some advice.

But first, here is Dani with her nod to the sacrificial bird. The turkey had no idea about his fate and so was taken aback or GOBsmacked, as it were.  For those of you who may not be familiar with this informal British term, it means "utterly astounded or astonished".  I figure it's appropriate for a gobbler to be gobsmacked, especially when it learns how humans tend to gobble it up; stuffing it and its prepared stuffing into their eagerly awaiting gobs. And they then have the nerve to refer to the noble turkey as a gobbler!
Just ask yourself, who's doing the actual gobbling here?
So consider the plight of the turkey having to first listen to what could only be considered 'gobbledy-gook' all its life before it is summarily sentenced to a fate no creature in existence should have to endure. And to top it off (excuse the expression), they have no say.
I say:  "Let's talk turkey."

Pee Ess:  I couldn't leave it there, could I?  Not without showing you our precedent for disaster.  Witness our turkey for Christmas 2013: 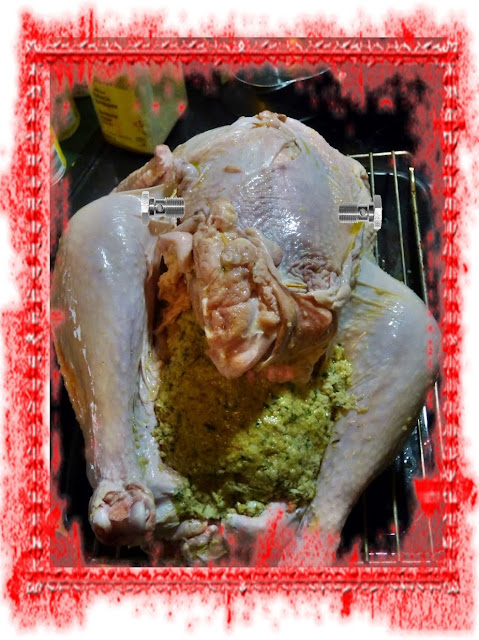 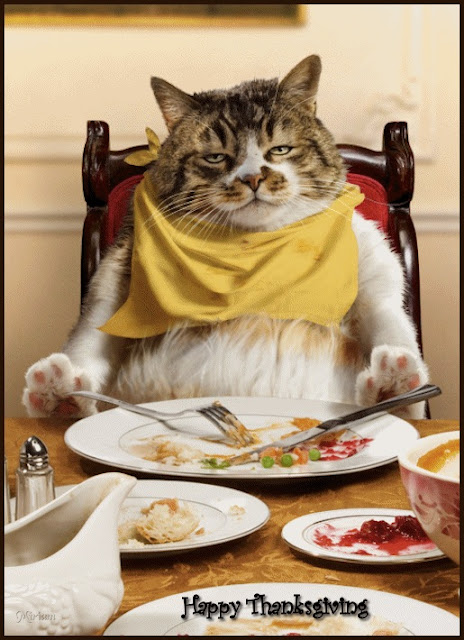