DANI & FRIENDS GONE OVER THE TOP!

Well, today's funnies turned out to be a little more arduous than usual.

Let's start off with first one of Dani.   There she is as a renaissance painting!  I took a photo of her and painted on the costume afterwards, based on a piece that someone else had already produced online, e.g. 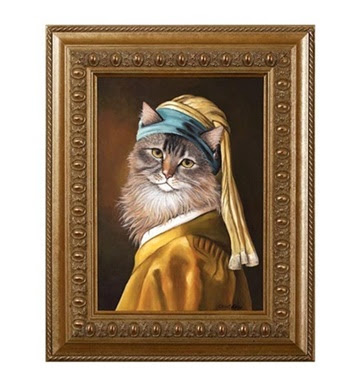 I guess you would call this a rePURRduction as the original was a human.

My effort is far less complicated than this as far as the artwork is concerned, but more daunting in coming up with something somewhat aMEWSing.

As far as the lineup goes, Dani takes the first two spots; June of Zoolatry the next two; Seal represents one for the Brian's Home Team; and one more from my anonymous friend's cat, Baby, who is actually all grown up.

So lettuce begin even though the summer heat has spoiled it. 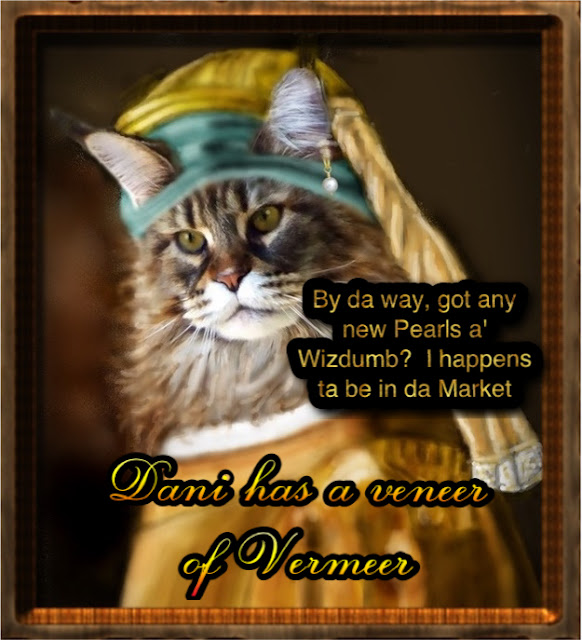 Vermeer's Veneer:  Protecting "Girl with a Pearl" since 1665. 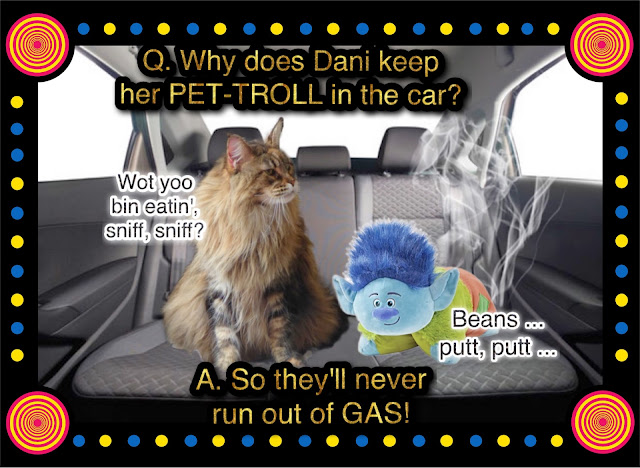 The cost of PETROL is sky-high these days,
but then so are PET-TROLL's fumes. While June toys with the snail,
she vows always to GO for it even
if it does have a fishy smell.

"Second only to Speedy GONEzealous!" 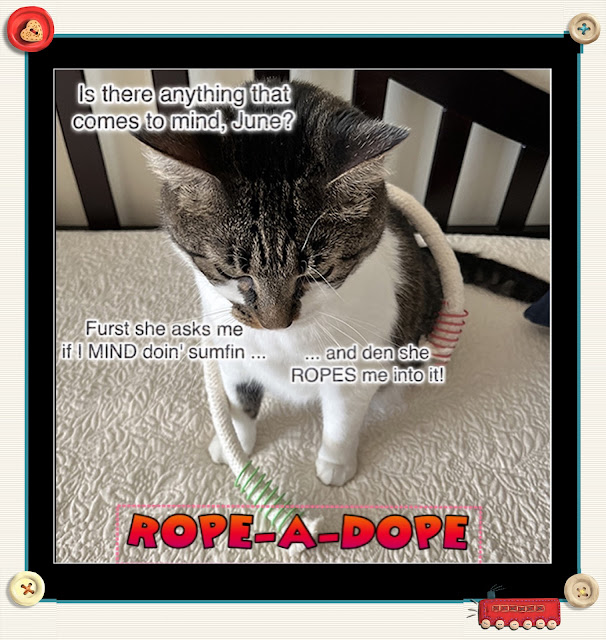 June is an easy target for dope-pussers!
Mom's the one with the pushy agenda. 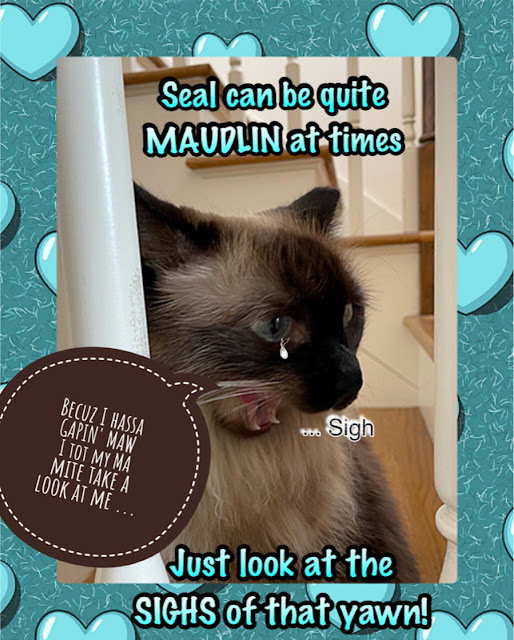 I vote for Seal to be the next town cryer!😿
Note:  I looked up the word "maudlin" before using it here, and was pleased when more than one meaning came up including "overemotional and tearful".  If 'maudlin' fits then use it! 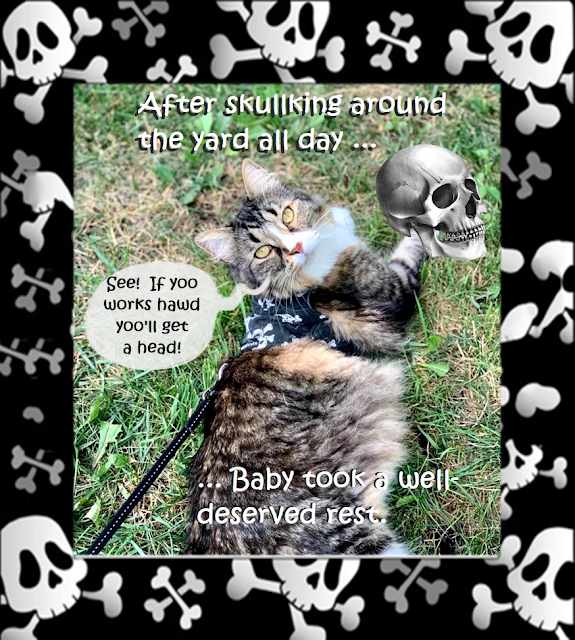 I bet that took quite a bit of skullDUGGERY, dig it?
When everything's the PITS, just STOP it! 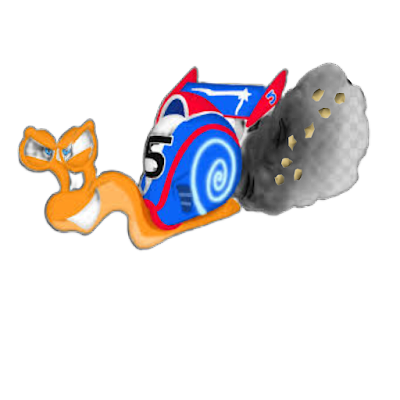 Posted by CCL Wendy at 6:16 AM
Email ThisBlogThis!Share to TwitterShare to FacebookShare to Pinterest

You're all so funny. You always make me smile.

You're all so darn cute!

These are all great. Don't cry Seal. XO

Those were really fun, really! Pails by comparison MOL!