Well, it's that time of week again.  Dani and her companions have gathered together for the purrpuss of entertaining you.  Even if only to make you smile, come stay awhile.
Dani takes up the first two slots; the second one co-starring her beloved Dada.  In her usual spots three and four is June of Zoolatry.
Immediately following is a most welcome newcomer, Kiki of Brian's Home. She very bravely purrforms solo for her first-ever funny, and is joined by none other than her new bro Brian for her second.
In the finale, we have angels Eric and Flynn reprising their roles as cattle herders from roughly ten years ago.  Those boys sure know their way around the Devon countryside!   Their Mom has a beautiful blog dedicated to them called Memories of Eric and Flynn.
So let's get a moove on ... 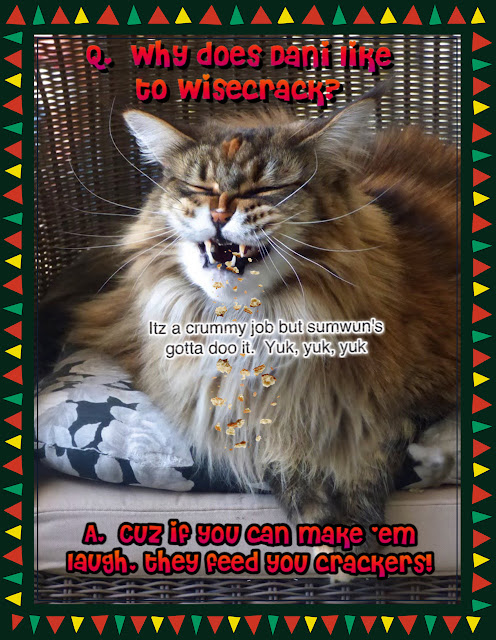 I think we'll change your name to Polly. Poor Dada!  He just has to look in a dictionary
under "D" to find his picture. 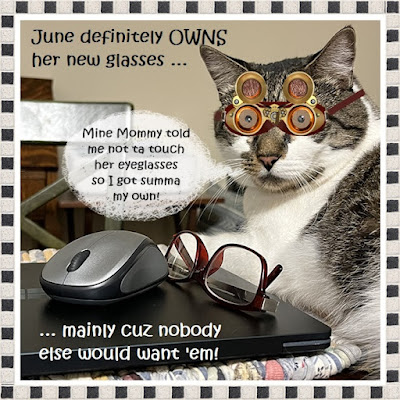 June has seezed the day but she can't see
anything else! 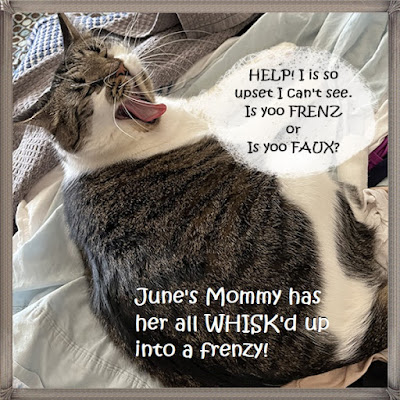 Just a sec.  I'll get your glasses for you! 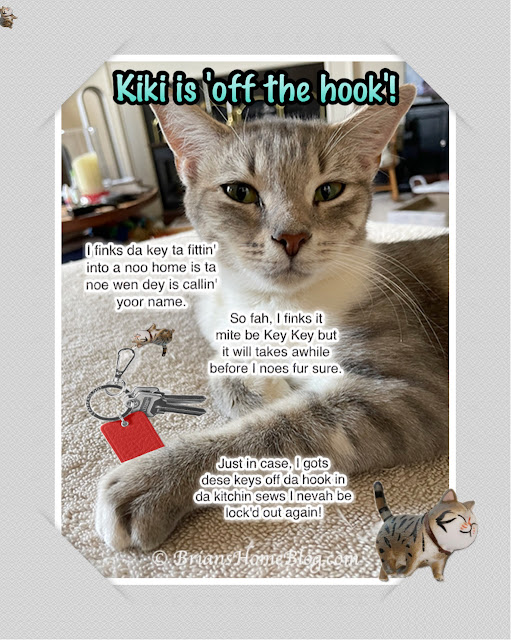 Kiki's got her own set of Key Keys.
Let's just hope they don't install "Alexa". 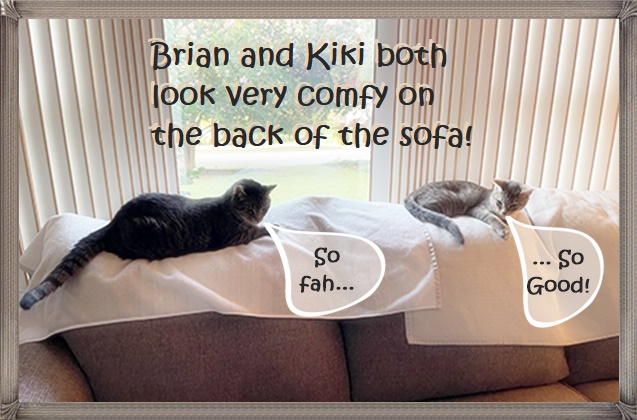 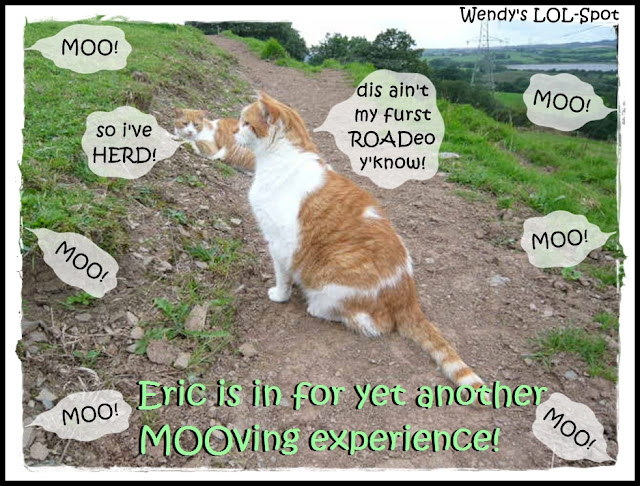 Cattle aren't the least bit cowed when felines call them little dogies.
Dogs, on the other paw, just seem confused.

Such fun and I love all your friends too, Dani.

Lots of fun! Thank you.

We enjoyed all of these!

Good ones. I love seeing Eric and Flynn.

I love these, and so happy to see Kiki included!