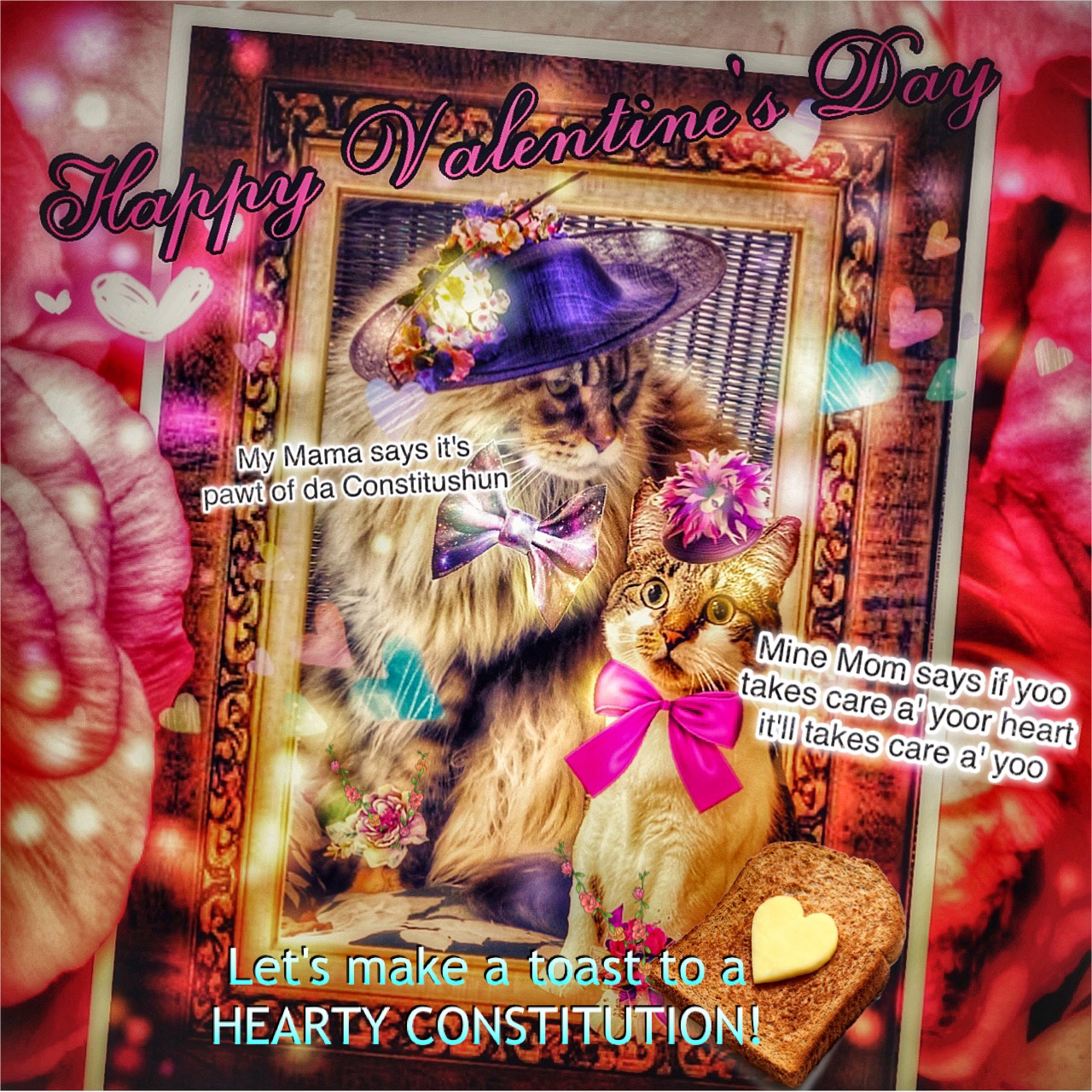 Dani and June want to celebrate their budding friendship this Valentine's Day.  It's a very special thing to make a new friend -- especially a budding buddy.  If you take a look you'll see that both Dani and June are wearing buds in their wrist corsages as a nod to each other.  Now I just hope they both don't nod off at least before I've finished this post. 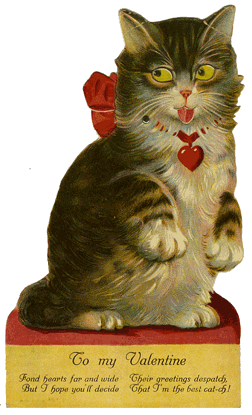 Look what Dani found on the internet!  It's a vintage Valentine's card which speaks volumes (even though it's in another tongue).  Kitty-speak I think they call it. 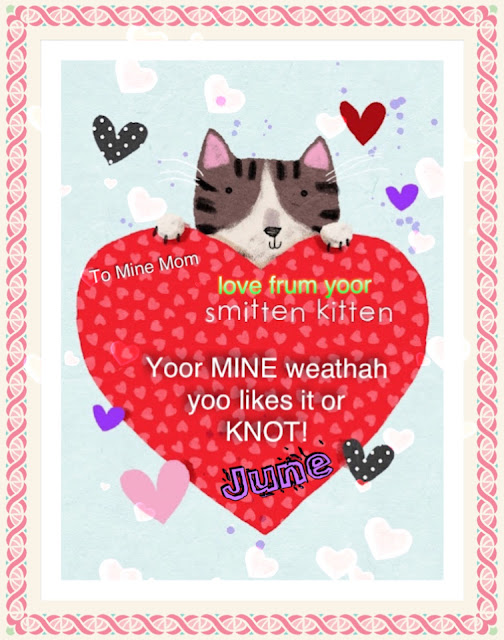 And June found this one which she wants to give to her Mine Mom.
Knots are the ties that bind, so June is four-square behind them, even though she's more partial to hearts. Of course polka-dot hearts are her absolute fave.
Dani has already shown her love to me by allowing me to hold her like a baby and blow on her tummy  and kiss her toes while she purrs.  This is a rare treat indeed.  Love you, too, Dani Girl!
This is a picture of Dada holding Dani in his arms.  She's grown a bit more since this was taken a couple of years ago.   You can see without question that love is in the air! 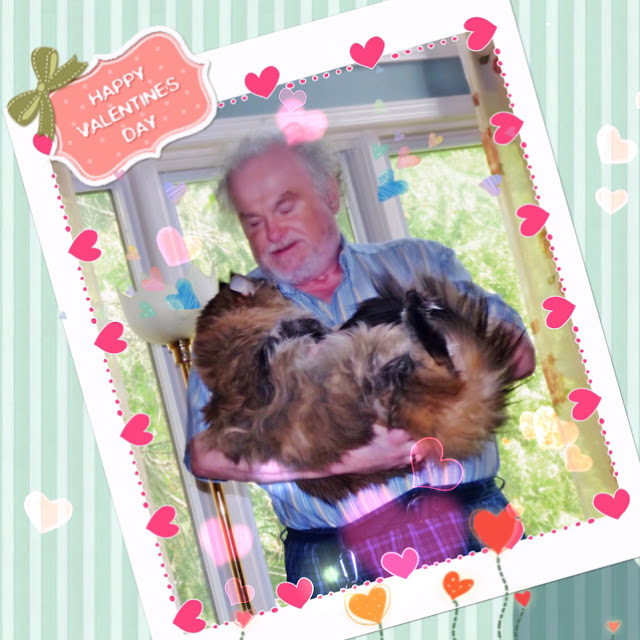 Just imagine immersing your face in that soft, floofy underbelly and then kissing those velvety toes!!!
And we love all of you out there in the Cat Blogosphere and Beyond, too, 'cause LOVE IS A UNIFURSAL THING!

Aw, what a sweep post today. You put a smile on my face this morning.

You two are very cute and Happy Valentine's Day from all of us!

Awww ~ couldn't be sweeter ... June and her Mommy send a whola-bunch of love right back to our very special friends ...
Miss Wendy and Beautiful O-Dani, all wrapped up and tied with a big pink ribbon!