DANI'S DADA TAKES A TURN (IN A FUNNY WAY)

Dani's Dada turns 70 years old today, so we are dedicating a special Comedy post for his birthday featuring (you got it) just Dada and Dani. His favourite thing in the whole wide world is a good old apple pie from SCRATCH -- which I will make myself with Dani's help, of course.

So we are welcoming Dani's Dada onto our stage.  He asked to have free reign and we both said "Yes".  Silly Dada doesn't know dat rain is always free, so it's a plus for us.

Let's see if Dada and Dani are off to a good start ... 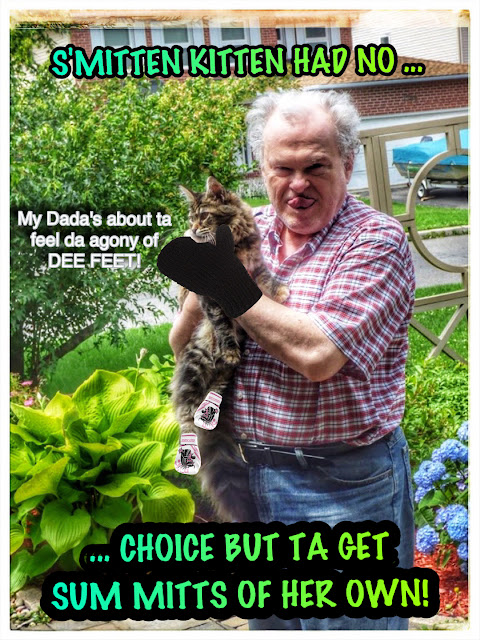 When those back legs get going, all bets are off! 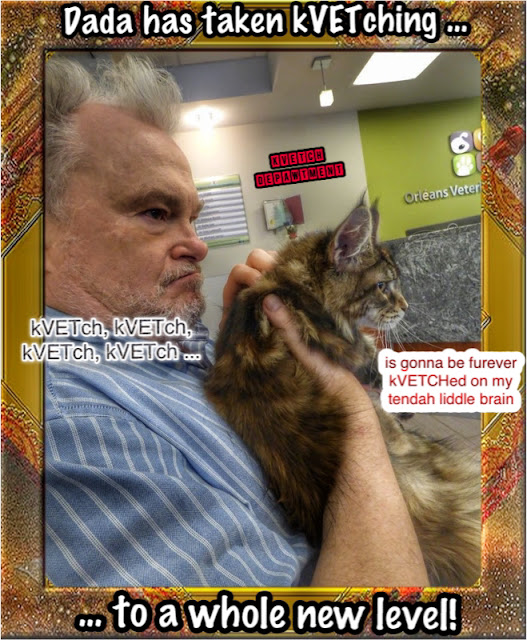 For those not in the NO, just substitute the word COMPLAIN for KVETCH.
KVETCHing is especially impawtant at the VET's office. 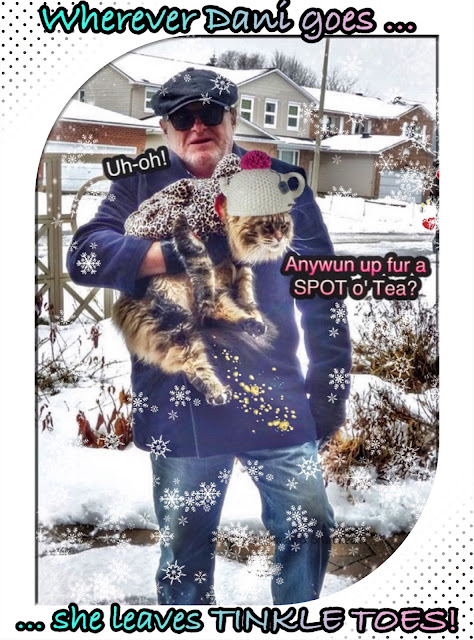 Just wait until the tinkle hits the toes.  I wonder if it really makes a tinkling sound. 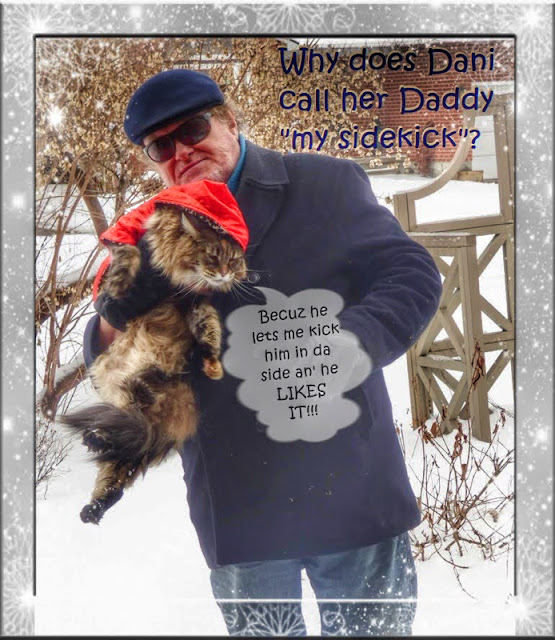 So Dada is a secret masochist!  Who knew?  A SIDE from Dani, that is. 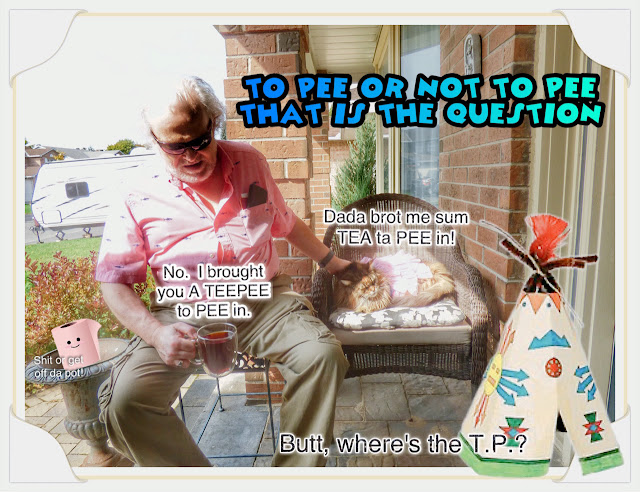 How can something so simple become so compliCATed? 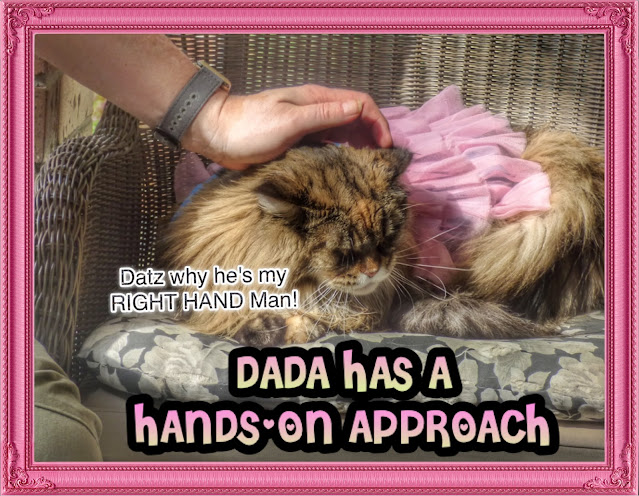 Let's give Dada a hand, efurryone!  He's gonna need it. 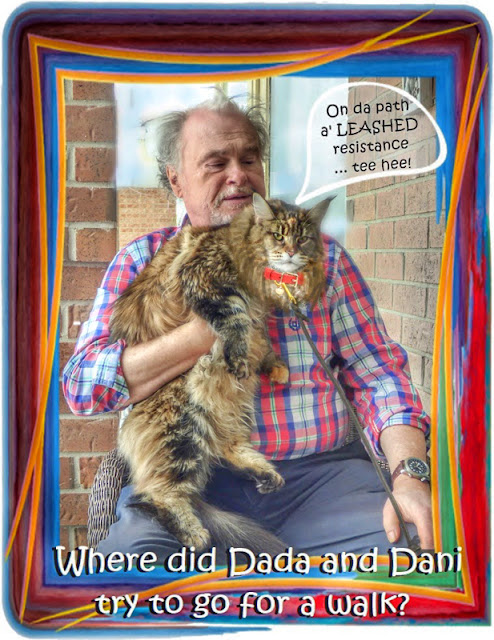 Dani herself may be hard to resist but her level of resistance is far from futile. 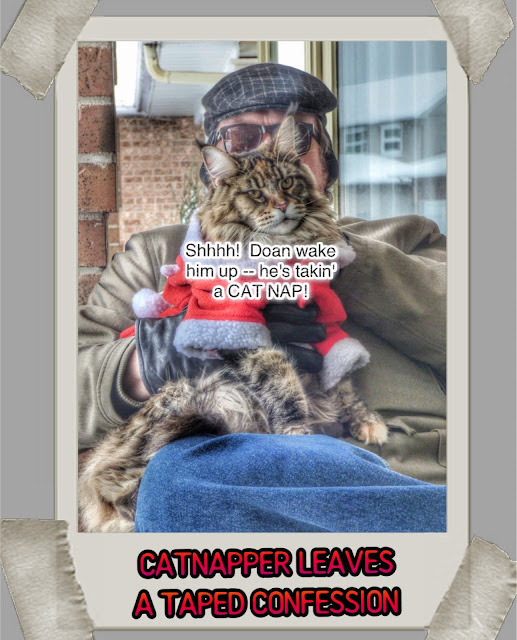 Workers over 70 have a right to nap (unless they're a leftist, of course). 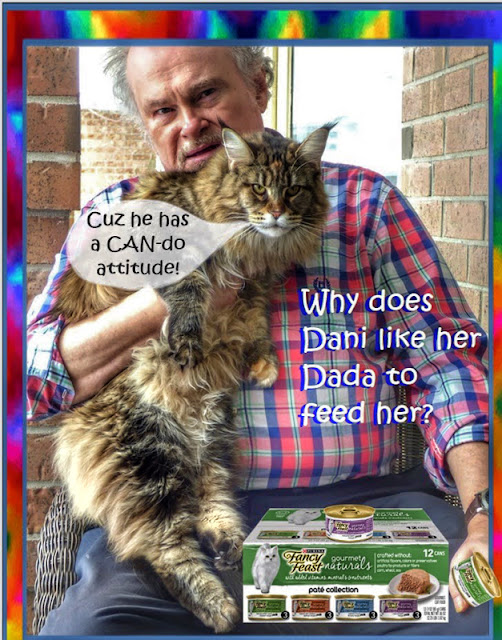 Yes, and these kind of cans can just be POPPED, but then you know that, don't you Dani? 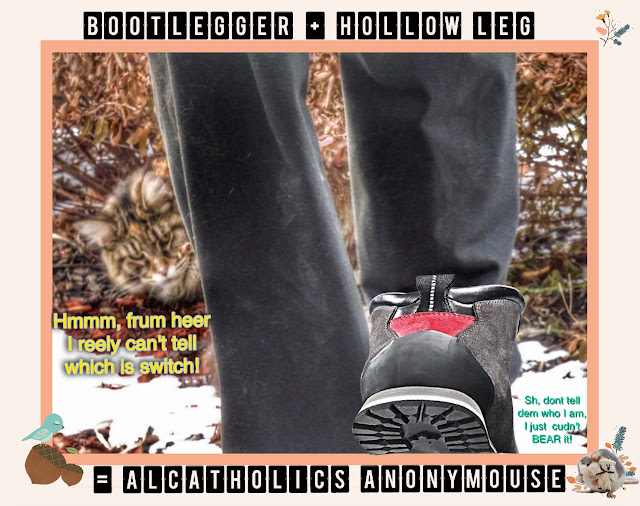 At least he shouldn't take up his share of  LEGroom at the "AA" meetings. 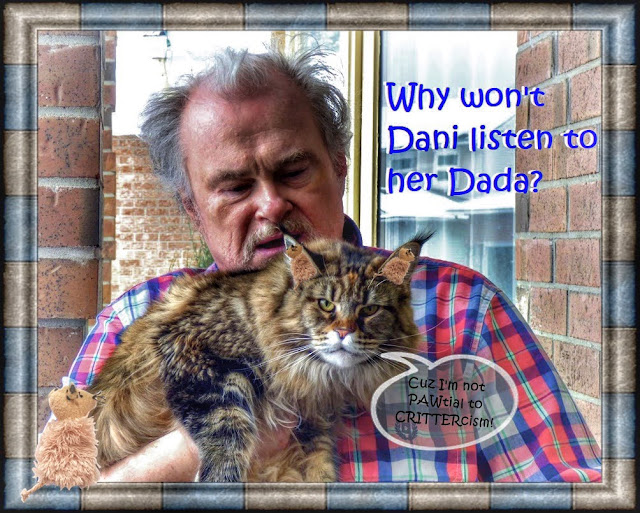 Nobody wants to be CRITTER - SIZED unless they first know the size of the critter.
Well, I hate to tell you but it's time for Dada's nap (again).  Even though he won't get his cake and eat it, too, he'll be scarfing down an entire apple pie all on his own.  Let's face it -- he OWNS it!

He doesn't even need to blow out candles!

Question I am always asking Dani:  "WHAT did Dada DO?" 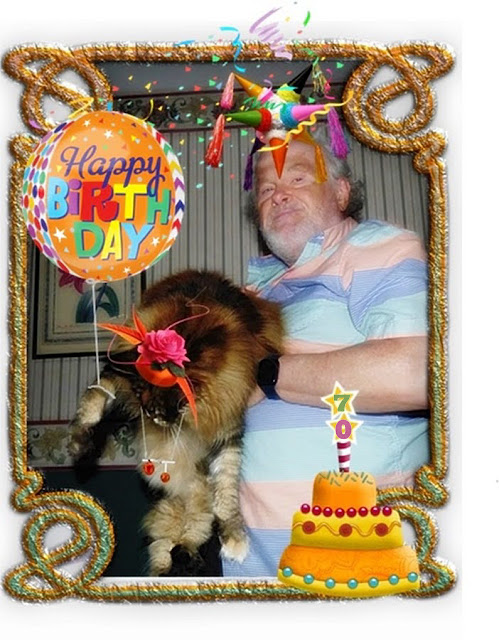 'NUFF SAID
Posted by CCL Wendy at 4:00 AM
Email ThisBlogThis!Share to TwitterShare to FacebookShare to Pinterest
Location: Ottawa, ON, Canada

HAPPY BIRTHDAY!!! Really and truly; and you wore you pink ruffled dress to make it even sweeter, Dani!

Tell your mommy from me and my mommy thank you for your kind and loving words on Katie's bloggie. Both she and me...we are grateful. XX

Happy Birthday to your Dada, Dani!
The august number is where The Hubby will be next year, but don't tell him that I told you.
If it's cold enough...and folks in Canada and Michigan are familiar with that...pee with freeze and make tinkling sounds.
Hahahaha!

What a fun post of you and your dad.

I'd sing Happy Birthday 70 times but I'm guess the noise would spoil dada's nap!
Have a wonderful apple pie, I think if I listen I can hear the sound of the pasty crackling under the spoon and the cream pouring over those delicious hot apples 🙂
Purrs
ERin

Hope your Dada has a purrfect day!

Those were all terrific and a most Happy Birthday to your special Dada!!!

These are all great. Happy Birthday to your wonderful dad! XO

(sorry we can't get much done on time these days!)