CATURDAY ART WITH DANI: WITH WINGS OF FUR

Dani was about 10 months old when the featured picture was taken.  I just couldn't resist the winged look on her shoulders.  Although I haven't seen this happen since, it still occurs on both of her haunches when she's lying down.

Also, Dani is a tortoiseshell which means that the colours in her fur come in patches.  They are still highly visible in the featured shot, but now her underfur has grown so long that they no longer appear quite as patchy. 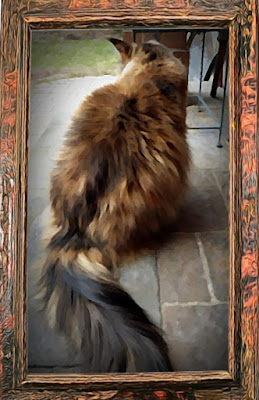 Though today's Art is all the same photo, after applying filters and light contrasting the effects are quite distinct.
The picture started off in Snapseed where I applied an HDR filter, and experimented with various shades.  Next I turned to Fotosrus on my iPad for contrasting. Then, I returned to Photoscape on my main PC to add complementary frames.  Finally I went back to Fotorus to apply a hopefully restrained amount of Light Pen.  Just a splash here and there. 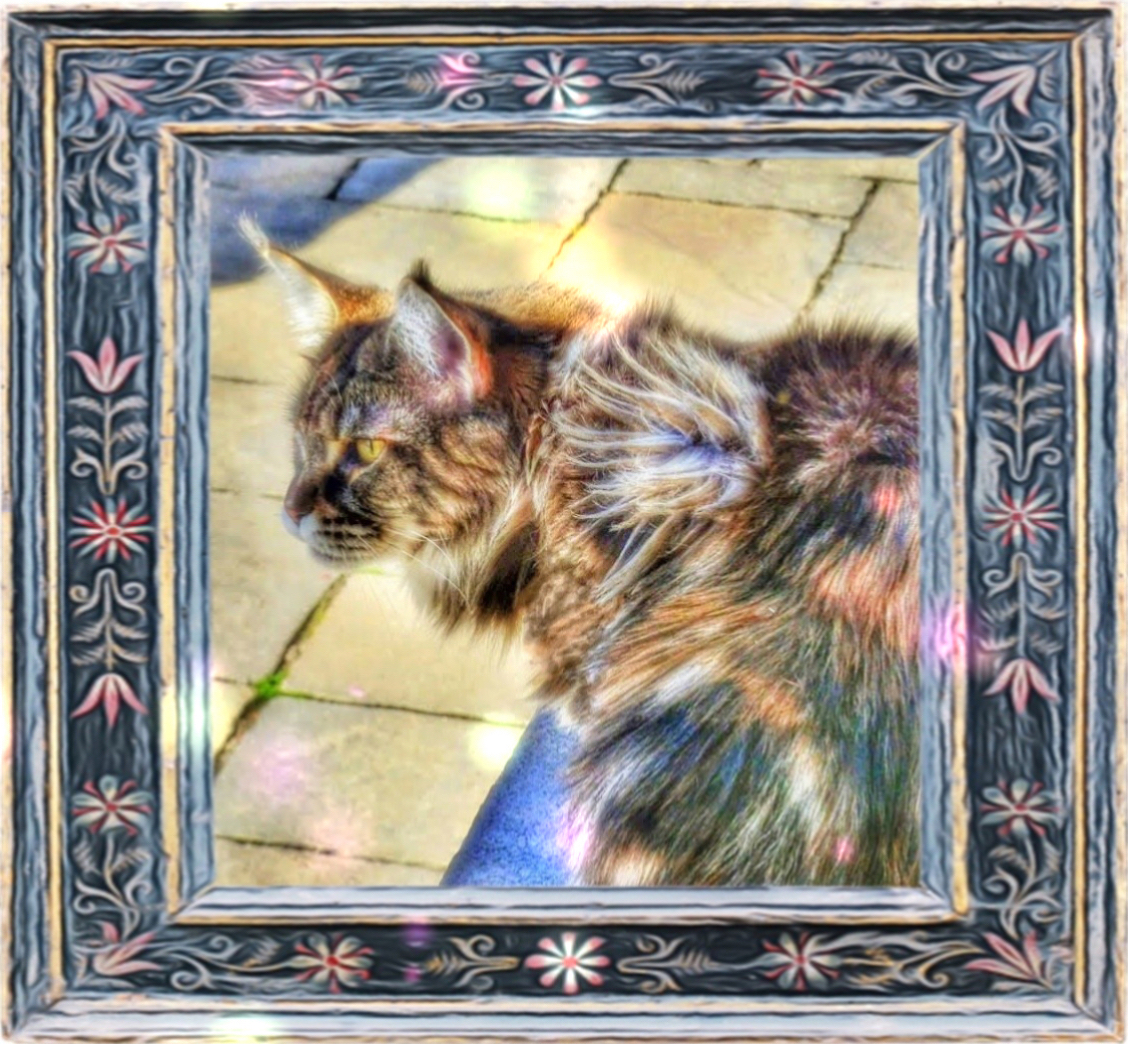 This is my favourite of all.  It looks much more ethereal, I think, so the wings ultimately make sense. 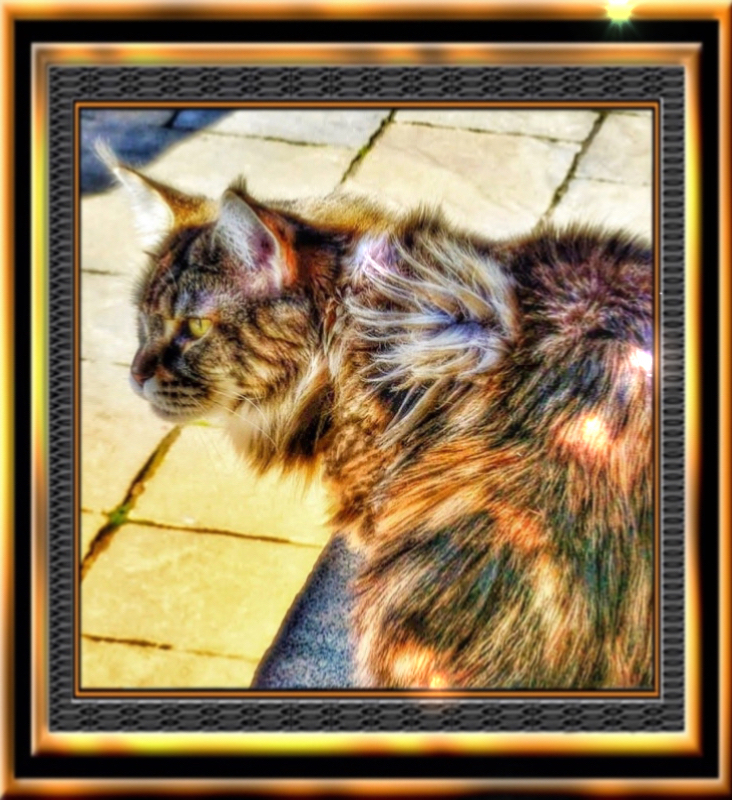 This one best displays the patches in Dani's fur coat.  It is much more intense.  The wings stand out even more as white wisps against the fieriness. 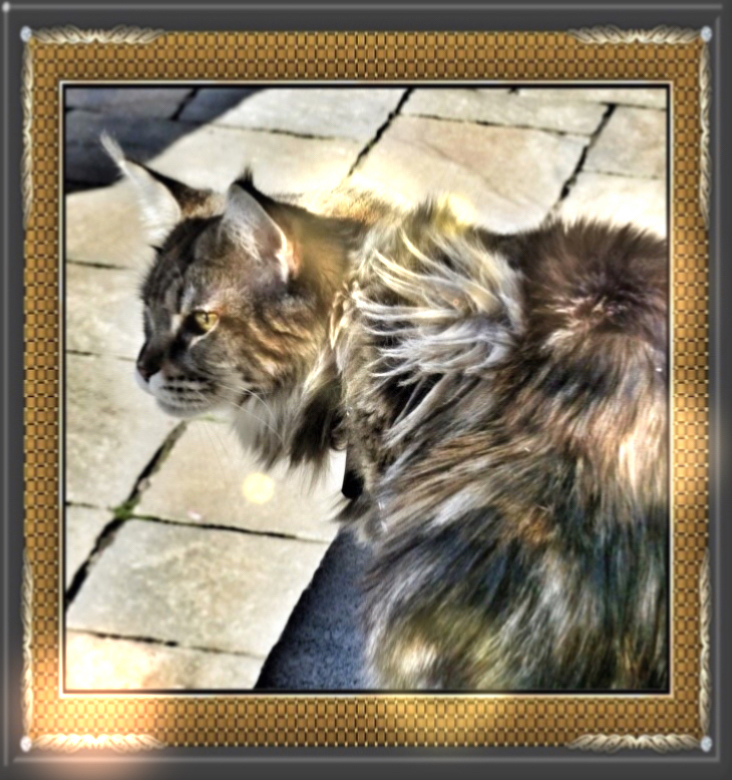 This version I liked for its calming quality.  The tones are definitely more muted but the effect is just as striking.  The wings meld into the fur rather than being a focal point. 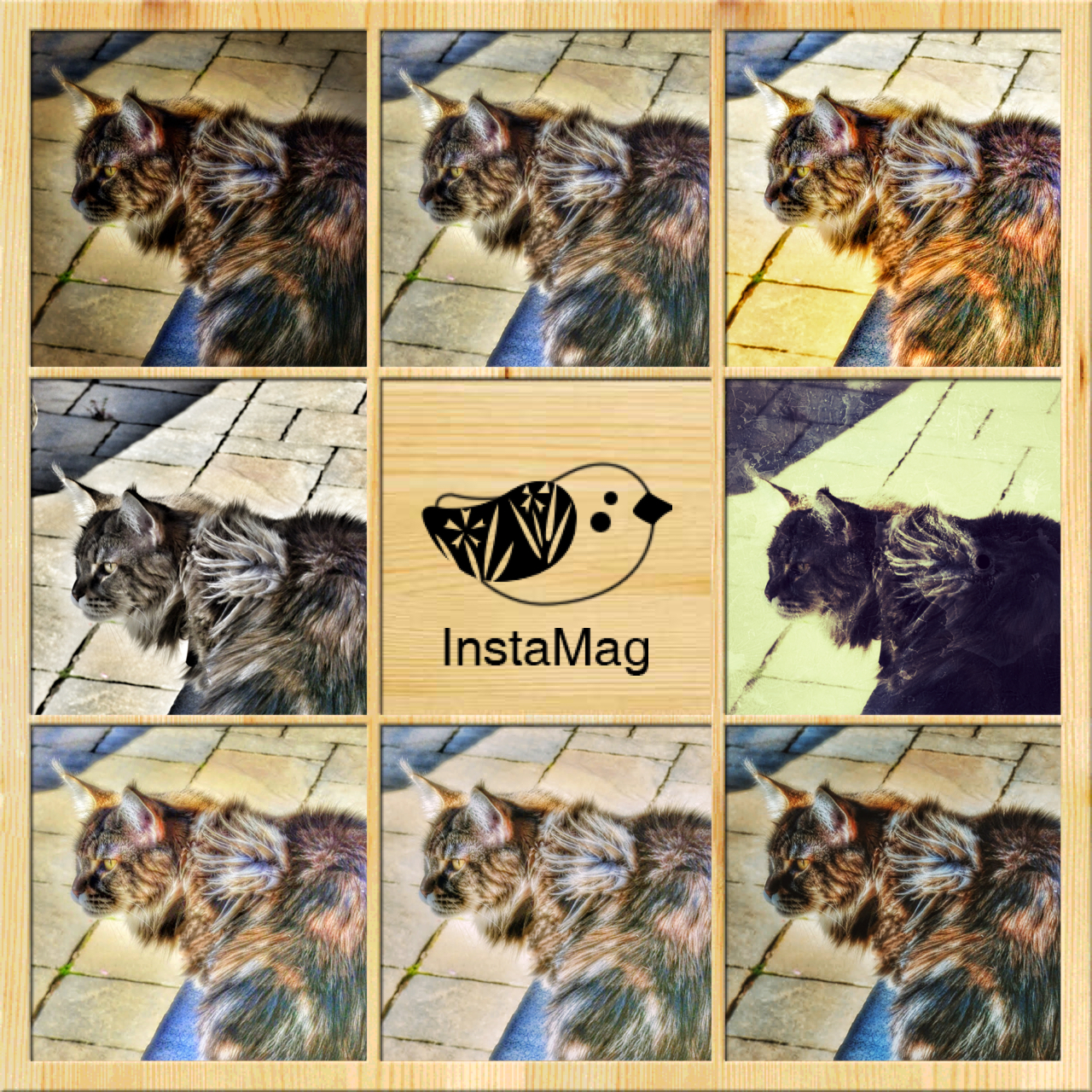 And here are all of my attempts at applying photo effects, together in one collage. 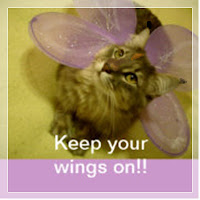 Those wings of fur are quite unique. The first is also my favourite, although they are all beautiful as is the subject.

Your patches are beautiful and most colorful.

Have a fabulous weekend. ♥

Gorgeous!
Dani's fur colors in real life and as art are marvelous.

She has a GORGEOUS "coat of many colors" !

She's such a beauty!

Those are all most magical sweet Dani!

Very cool wings. That was my favorite version too.

How gorgeously floofy Dani is!