Dani's back on schedule this week with some of her usual suspects, plus a different one from the old Wendy's LOL-Spot days, circa 2015 in this case.

There is one joke of Dani's where I have placed my Rude Warning ahead of it.   So you can just bypass it if you think it might be bothersome to your sensibilities.

Other than that our line-up is as follows:  Dani does her thing in the first two spots, followed by my Angel-Cat Domino.  Then we have sweet June of Zoolatry who is above question.  Simon of Brian's Home should give you a giggle.  And finally there's Hammy (Diego Hamlet) of Rumblebum.  His nickname plus the name of the blog may give you a hint as to what it's all about.

Dani has now regained her decorum (LOL), and is itching to start the show.  So don't FLEA, just be. 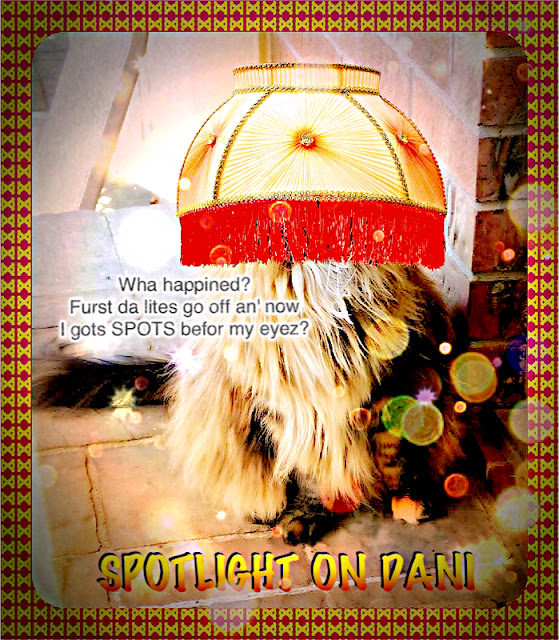 Don't let her fool you -- Dani's busy LAMPooning herself again. 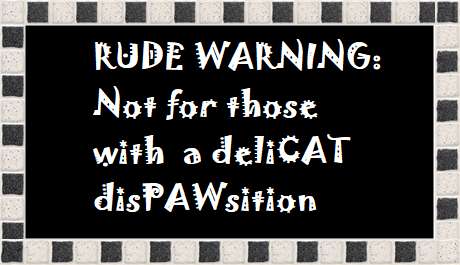 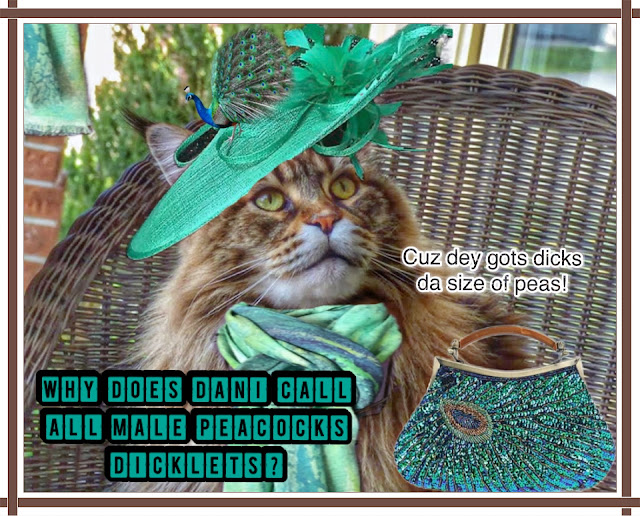 You might end up begging for apPEASement there, Dani! 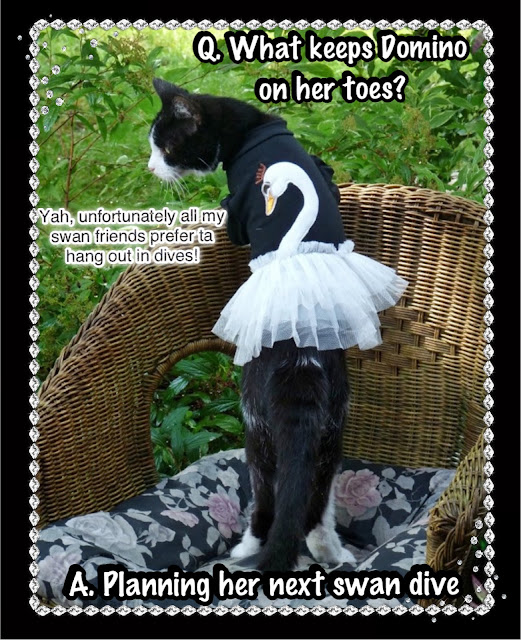 I've heard of ducking and diving, but swans are a new one for me. 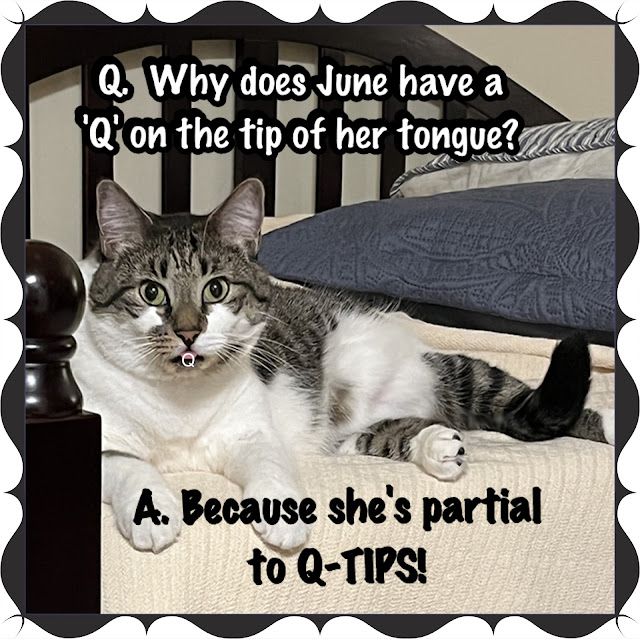 WARNING :  COTTONing on to Q-Tips may leave you dehydrated. 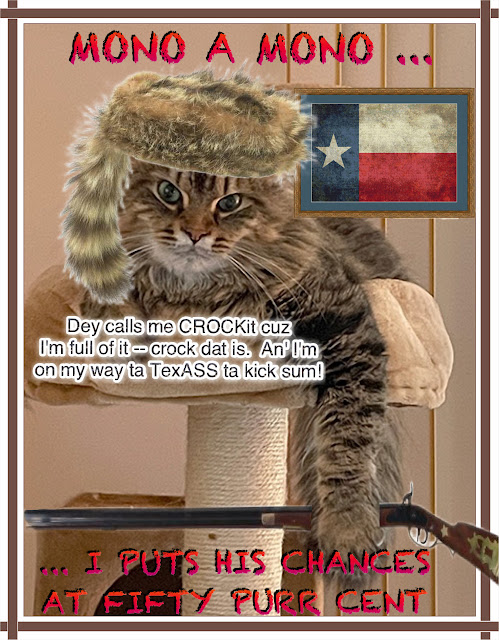 The trip by MONORAIL is risky in itself.  An attack by a swarm of angry racocoons would just CAP that off!  I sure hope Simon brought his CAP gun. 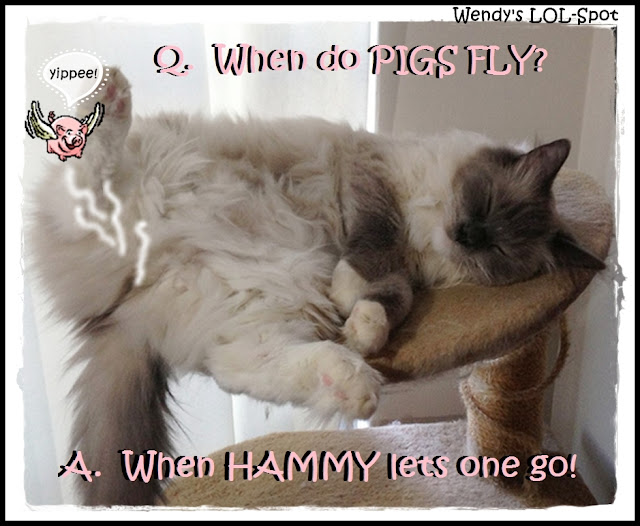 Does this qualify as Makin' Bacon?

Alternate method for letting one fly!

Love them all, but the pigs at the end had me howling. Clever.

You kitties are so funny. :)

Those were funny and Simon looks good in that cap! 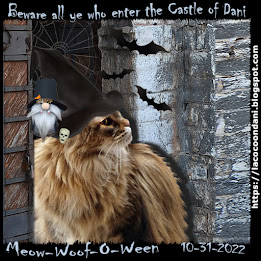