This week I am featuring fairies.  Dani is one of them, of course, but she inherited her fairyness from Domino, my Angel Cat.  The dress was Domino's first, so I thought it only fair (y) to include her.

It should be noted that Domino was a fully grown kitty when her pictures were taken.  She never weighed more than 7 lbs.

Dani, on the other paw, was a seven-month old kitten when her pictures were taken.  She is now a fully grown Maine Coon weighing in at 22 lbs. 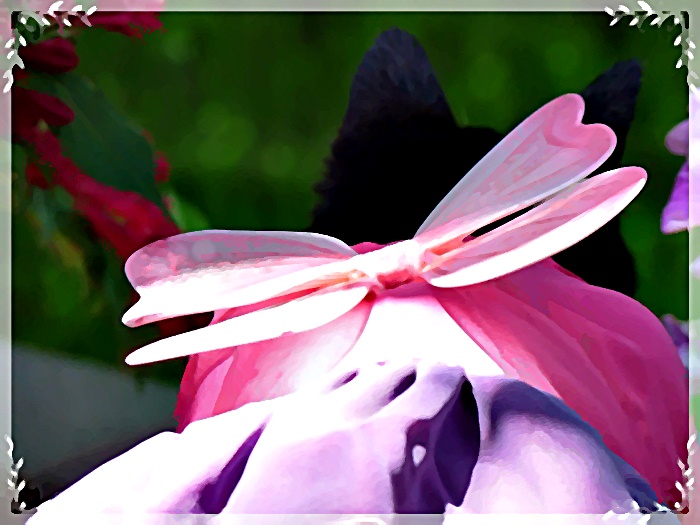 Domino Wings It
This effect was created in Photoscape using their Watercolor Filter. 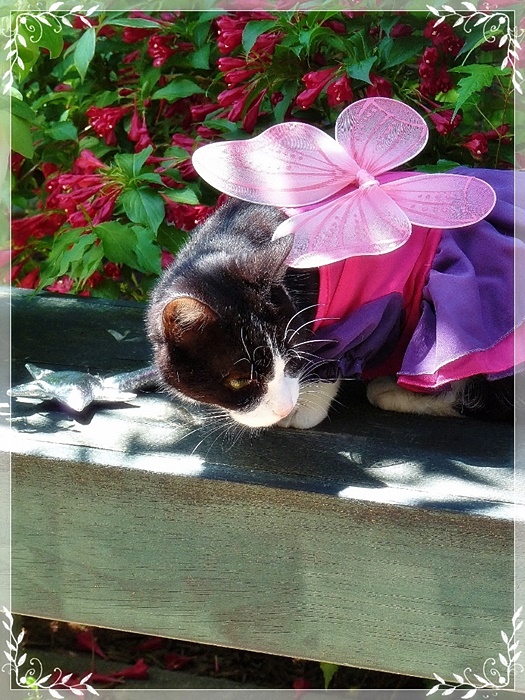 Domino Unfiltered
This picture of Domino was edited in Photoscape to intensify the contrast, and that's about it, plus the minimal frame, of course. 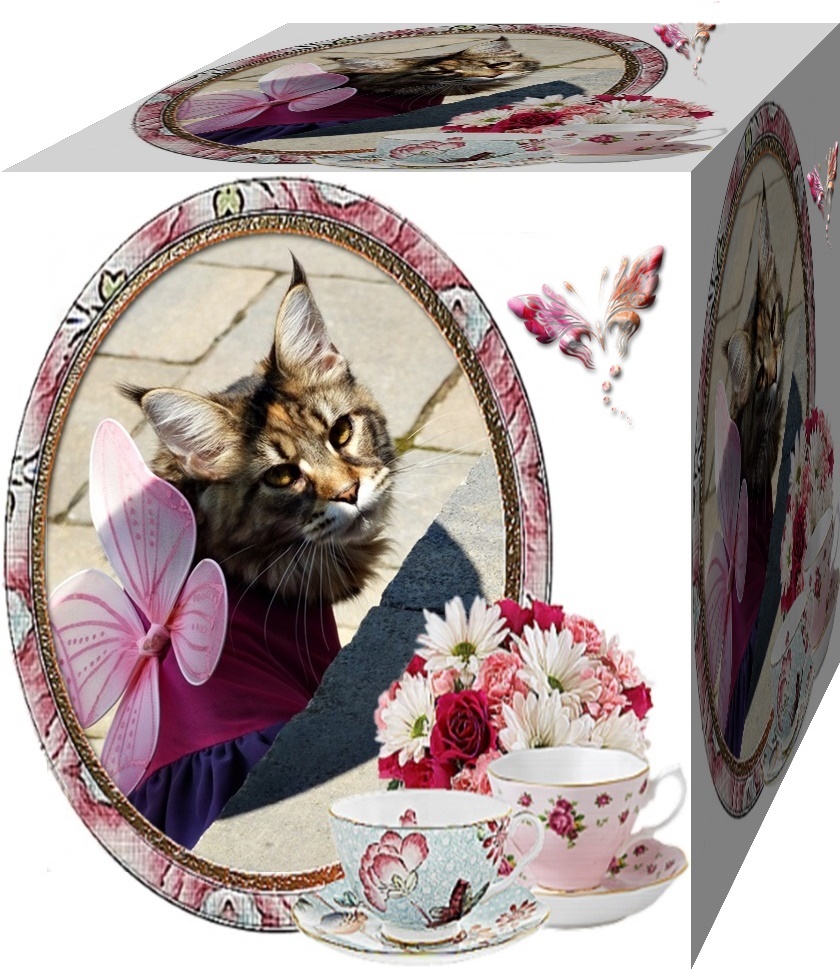 Dani Out of the Box
Well, she's all over the box really, but not inside it!  Again, I used Photoscape with their 'Make a Box Filter'.  The only other things I did were to heighten the contrast and to frame it.  I scour the internet for PNG frames and have quite a collection. 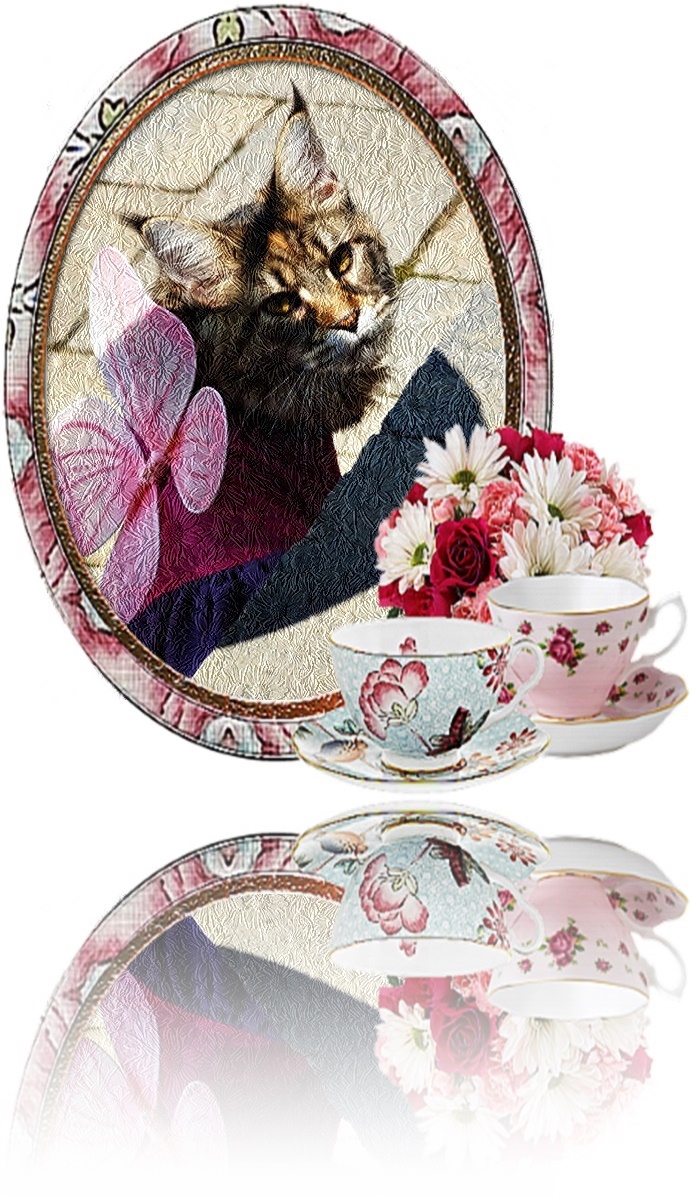 Time for Reflection
In this version, I used Photoscape's Reflection in Flower Texture to emboss the picture (not including the frame).

This is not of my doing, but it felt like a fitting ending to this
fluttering figment of our collective imagination.

The joy of these apps is that each add something special, unique to the original that is a joy to behold. The last is actually rather glitz and glam, and I think suits the image rather well.
Purrs
ERin

Those are all lovely effects. I like the embossed effect in the last one.

Beautiful art, you are so creative.

These are all just exquisite!

Such pretty fairies and beautiful arts!

This is beautiful. People don't care enough about sweet and sparkling things. They are beautiful girls.

Oh! How beautiful! So dainty and magical!

So pretty. I love it. Regine
www.rsrue.blogspot.com

Would love to have a cup o tea with that purrty lady!