DANI AND THE PADDLING PUSSYCATS

Dani is back again with another raft of funnies.  Paddling that raft along with her are:  June of Zoolatry, Brian and Seal of Brian's Home and three kitties from my unnamed friend who wishes to remain so.

So the lineup is Dani, Dani, Dani Kitten, June, June, Brian, Seal, Hagrid and in the final slot are Baby, Hagrid and Freiya in an ensemble piece. 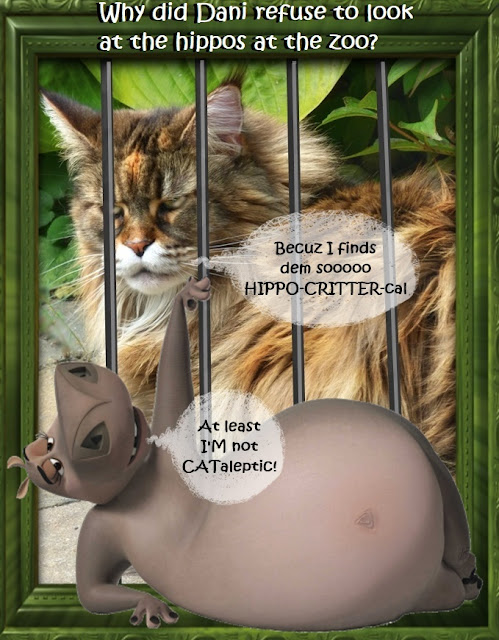 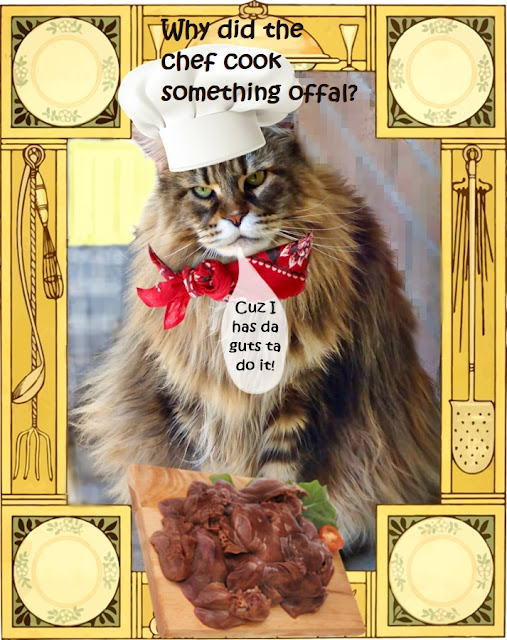 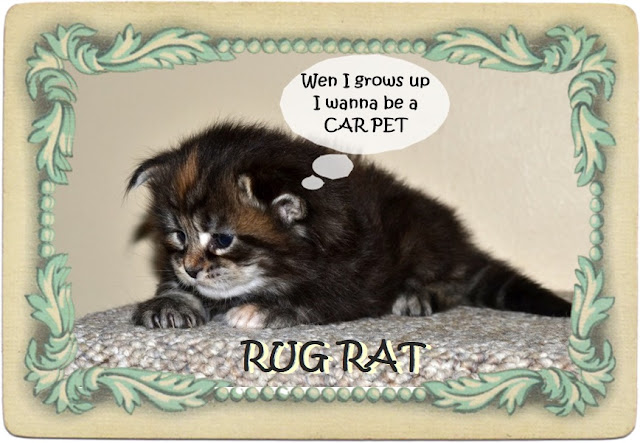 Anything is better than the rat race.  I'd go for a race car if I were you. Yeah, but A LA CARTE menus sure aren't. 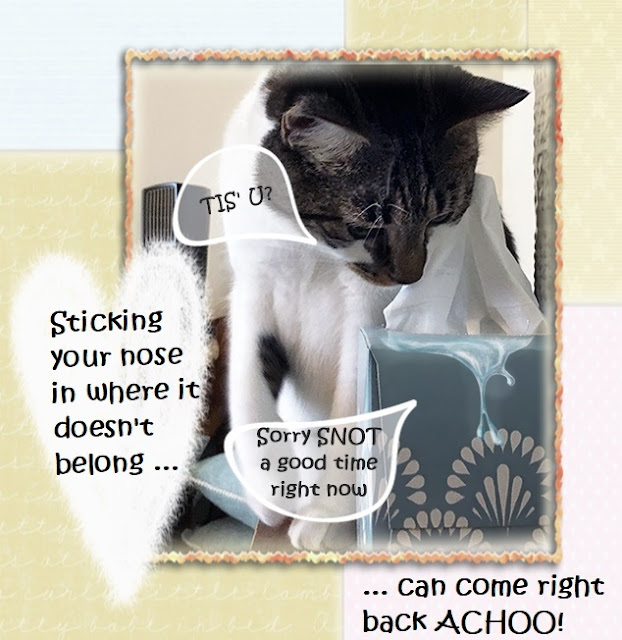 That's the issue with tissue -- they can only absorb so much. 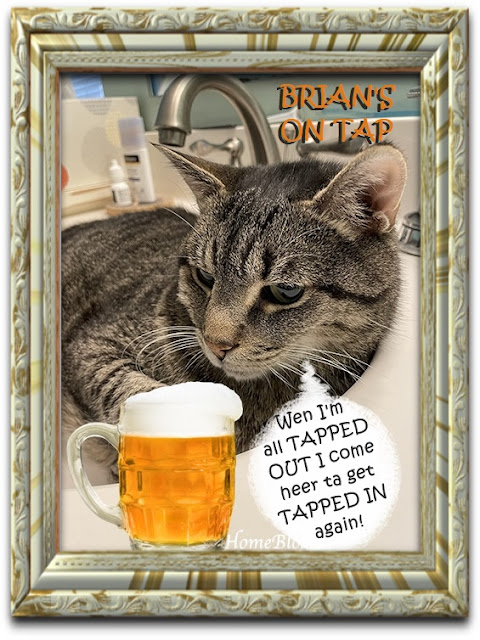 Brian!  I never thought I'd see you sink so low. 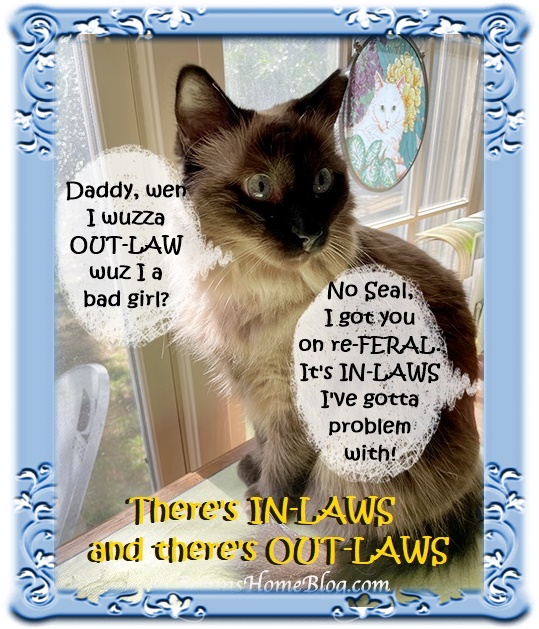 And sometimes they're the same thing. 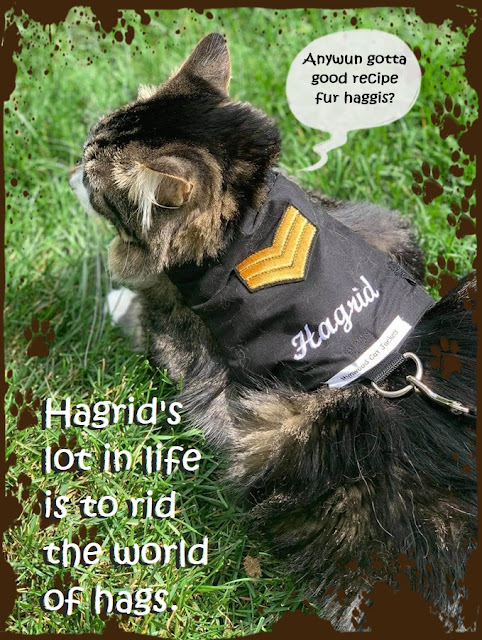 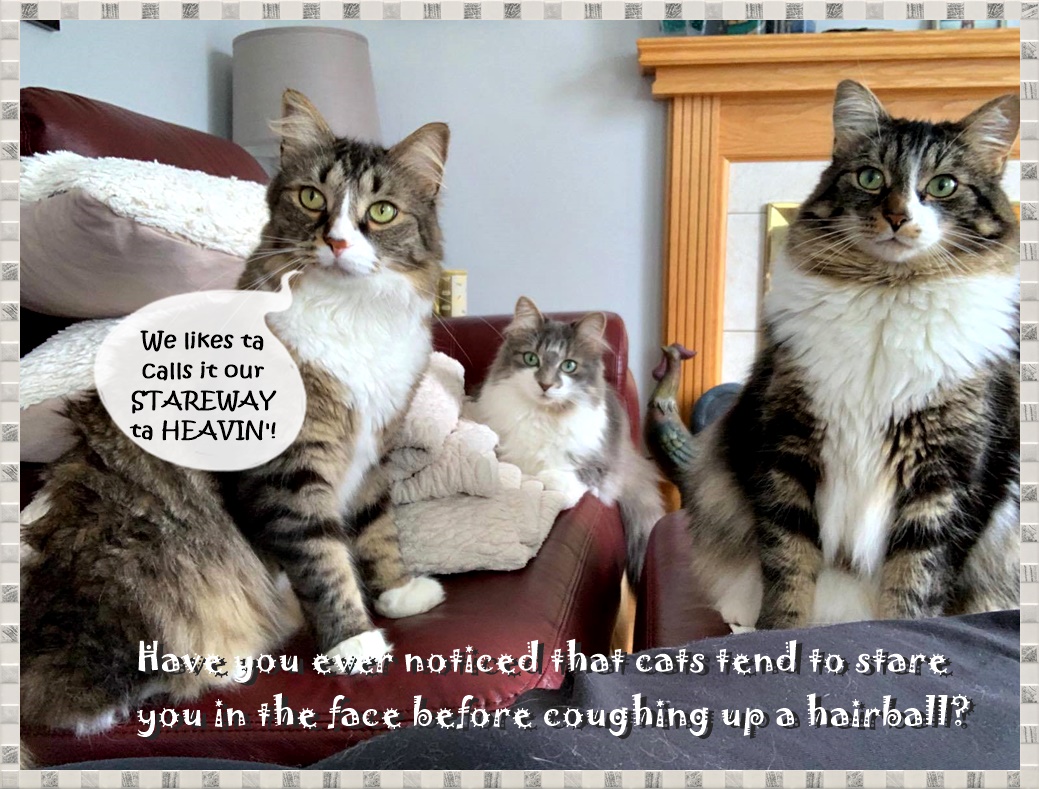 In no sense are they innocent!
Posted by CCL Wendy at 4:00 AM
Email ThisBlogThis!Share to TwitterShare to FacebookShare to Pinterest
Location: Ottawa, ON, Canada

Lots of funnies this morning. I enjoy your jokes.

You and your friend are so punny. :) These were all cute.

Those were alll so much fun and I did really laugh out loud at A La Carte!