All of the dresses that little Dani is wearing were previously owned by Domino, and she had quite the collection!  It's interesting to note that Domino was a small cat, normally in the 6 - 6.5 lb. weight range, and Dani is now a large cat weighing around 22 lbs.

So all of these small dresses fit Dani for awhile, from three months on.  After that I had to buy her dresses of her own, and Dani quickly went through all of the sizes over the next couple of years, until we could no longer find any that were large enough. That milestone occurred when she was 4 years old.

Anyway, on with the Fashion PURRade ... 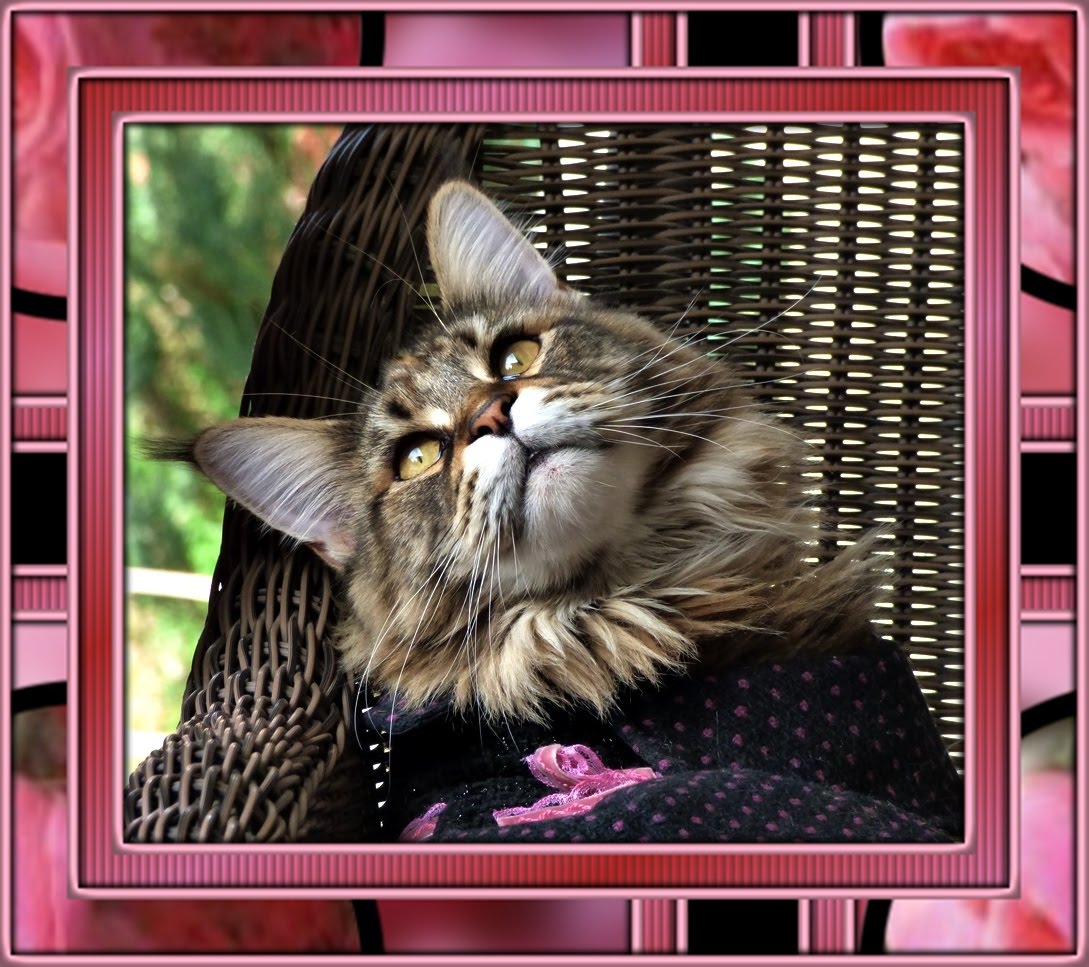 Kees me you fool! 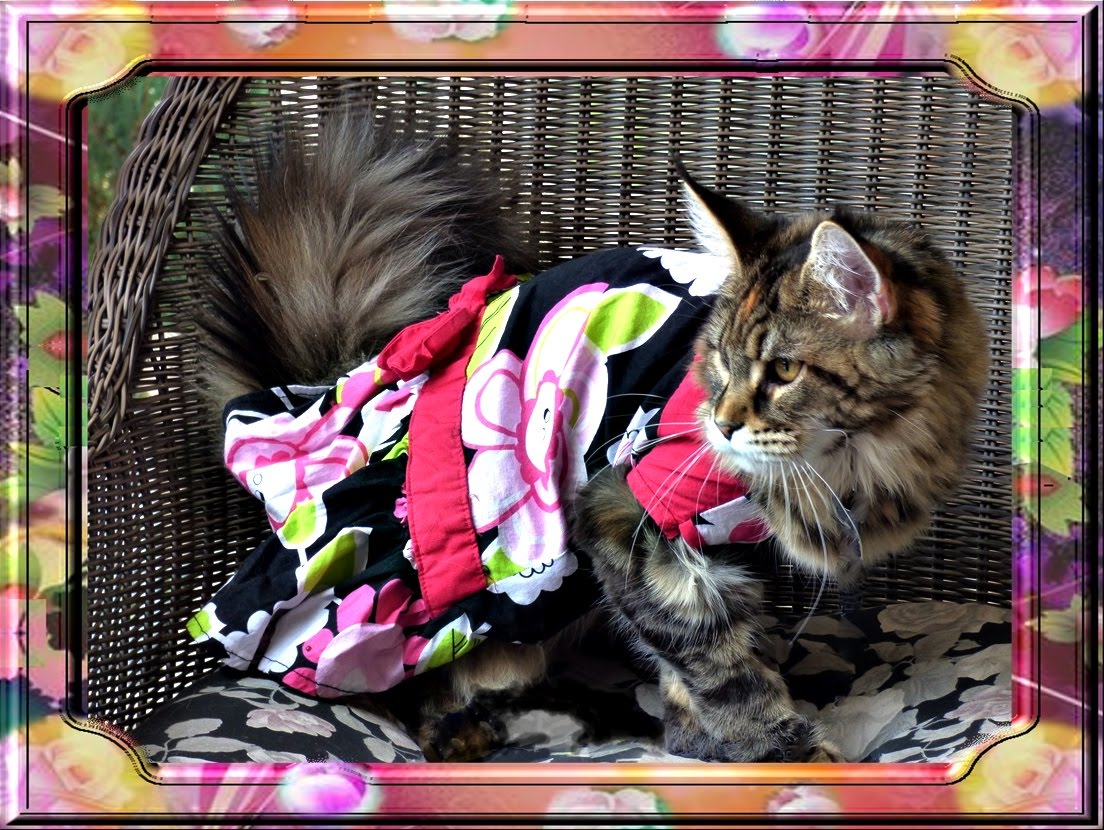 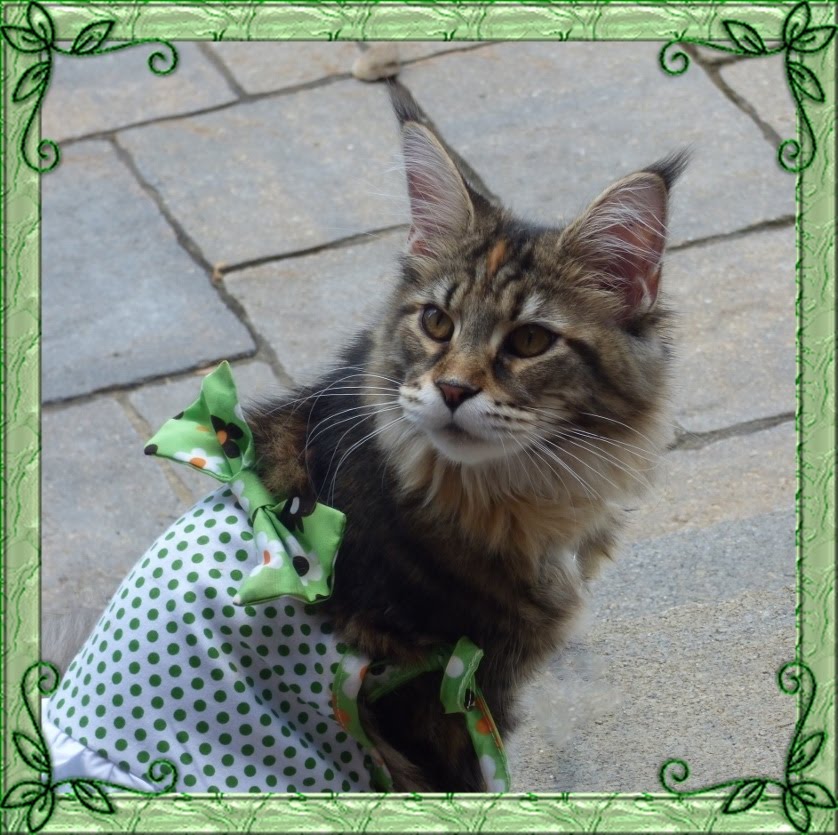 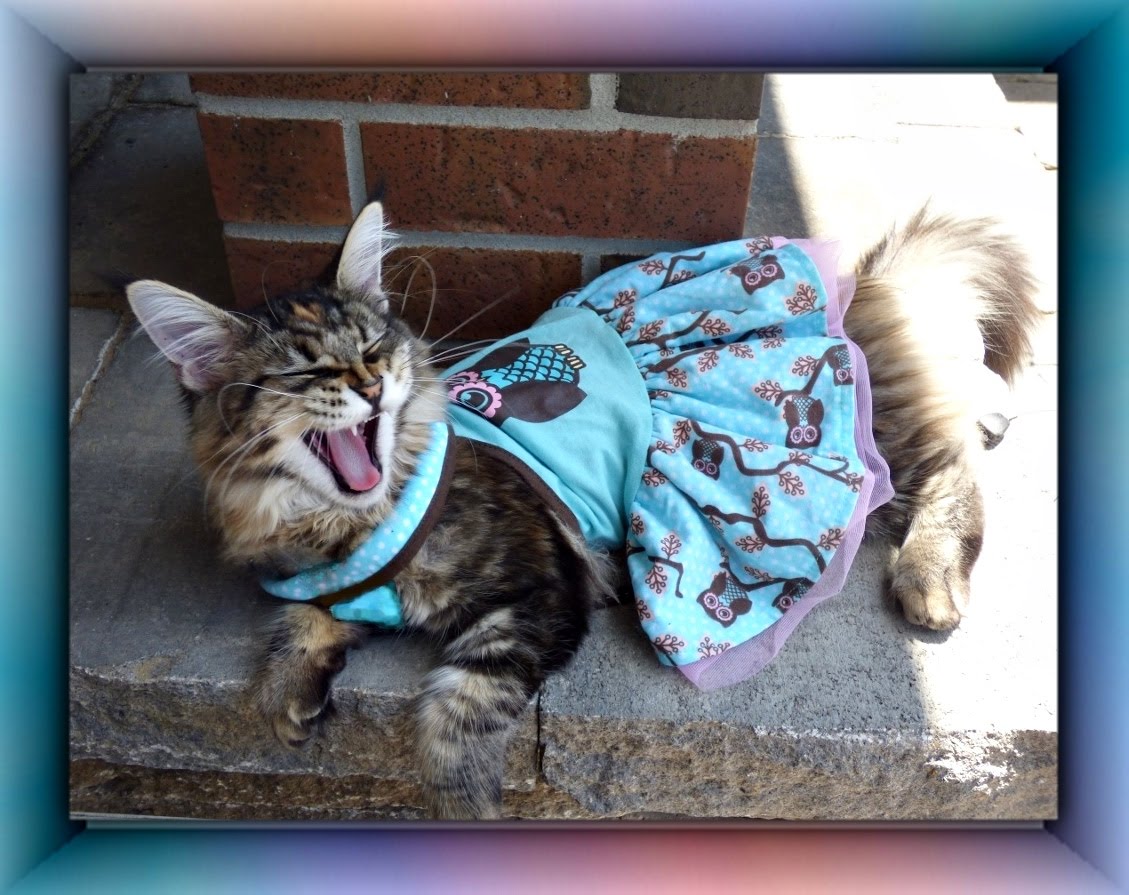 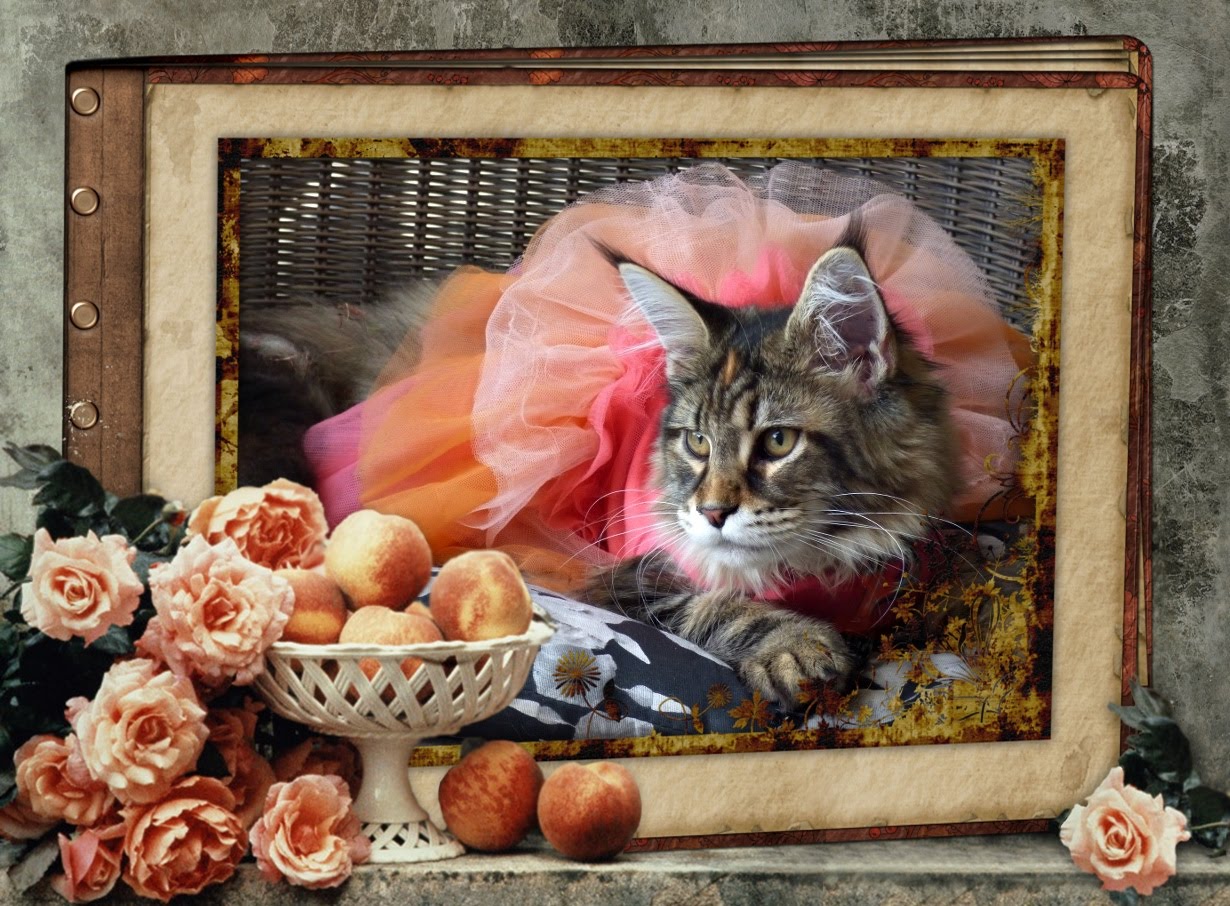 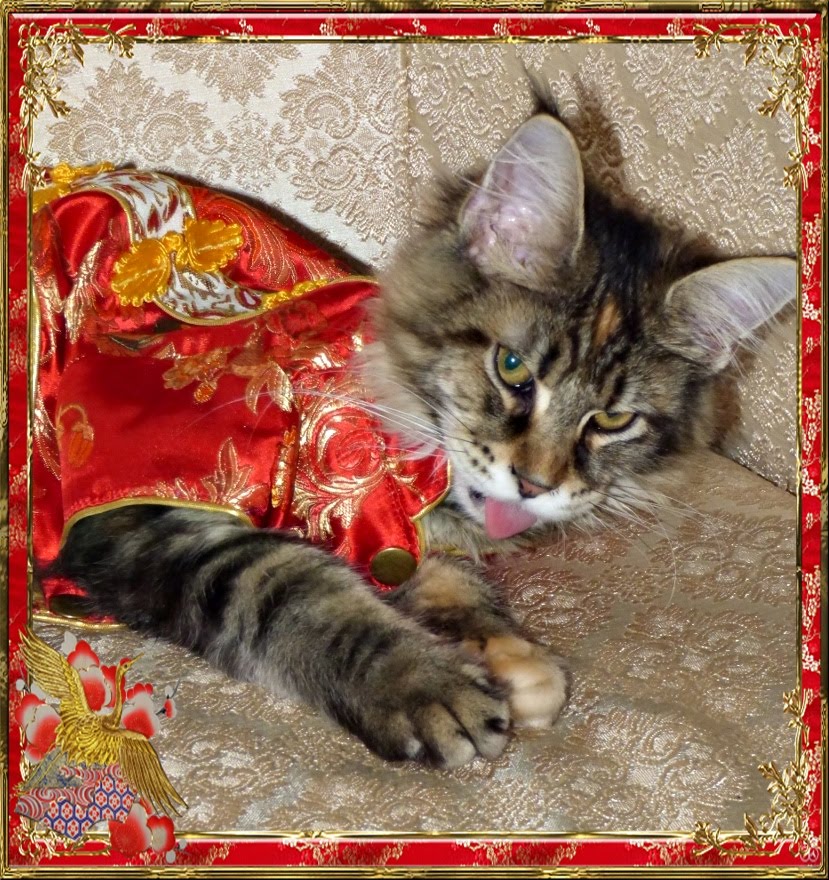 What tongue do you speak? 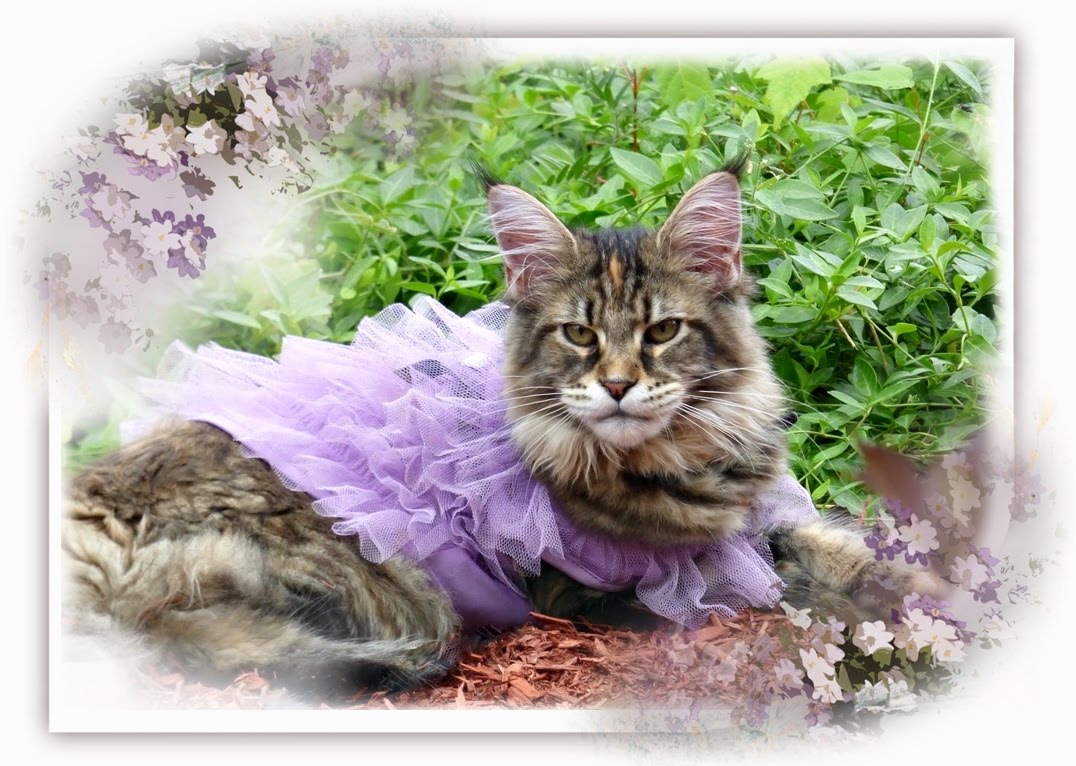 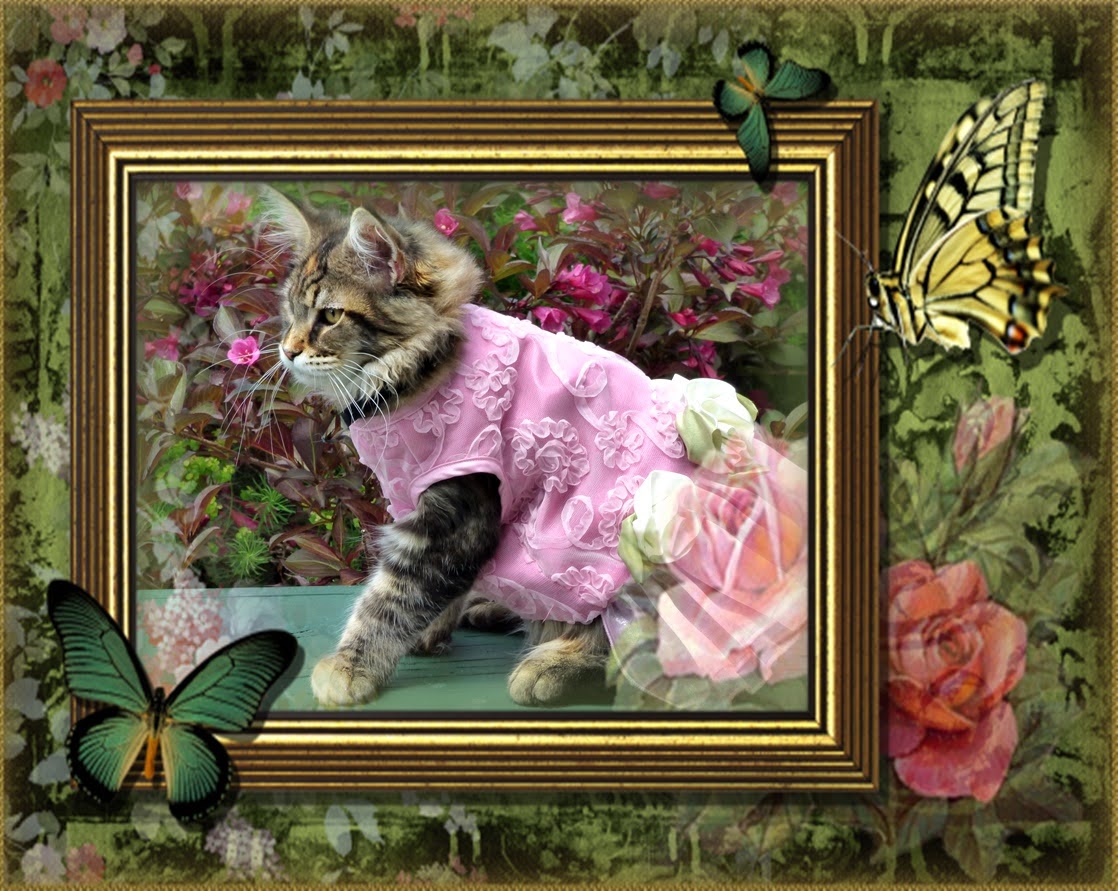 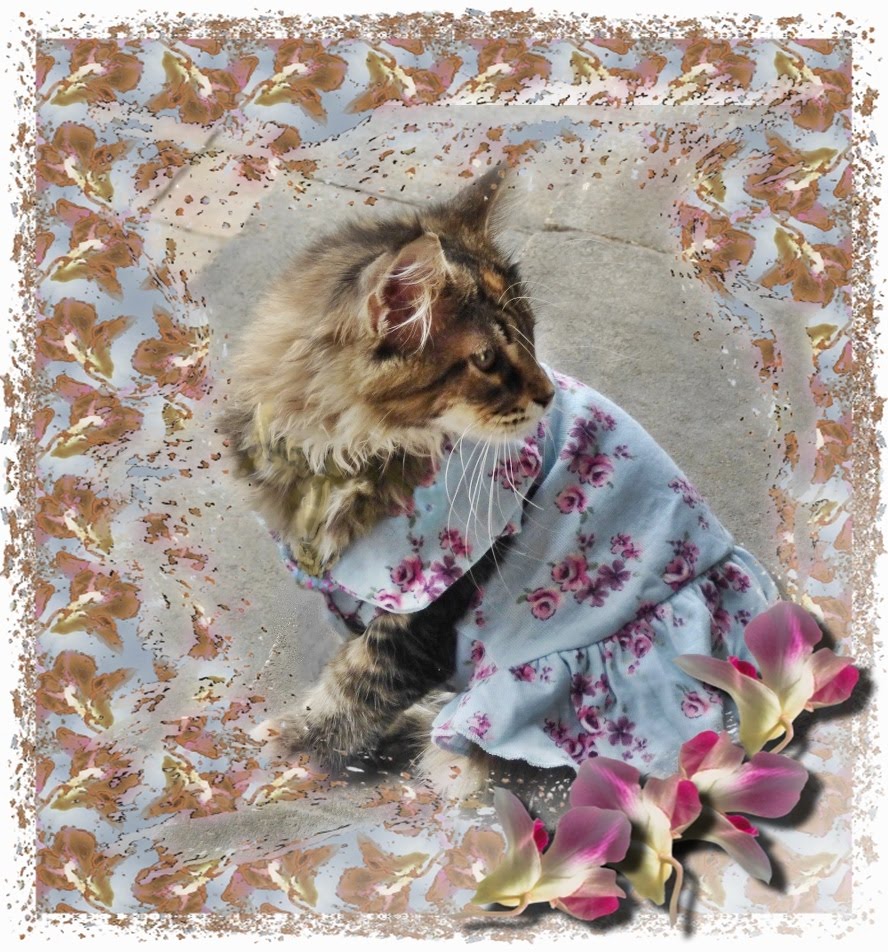 Collared in Blue and Mauve 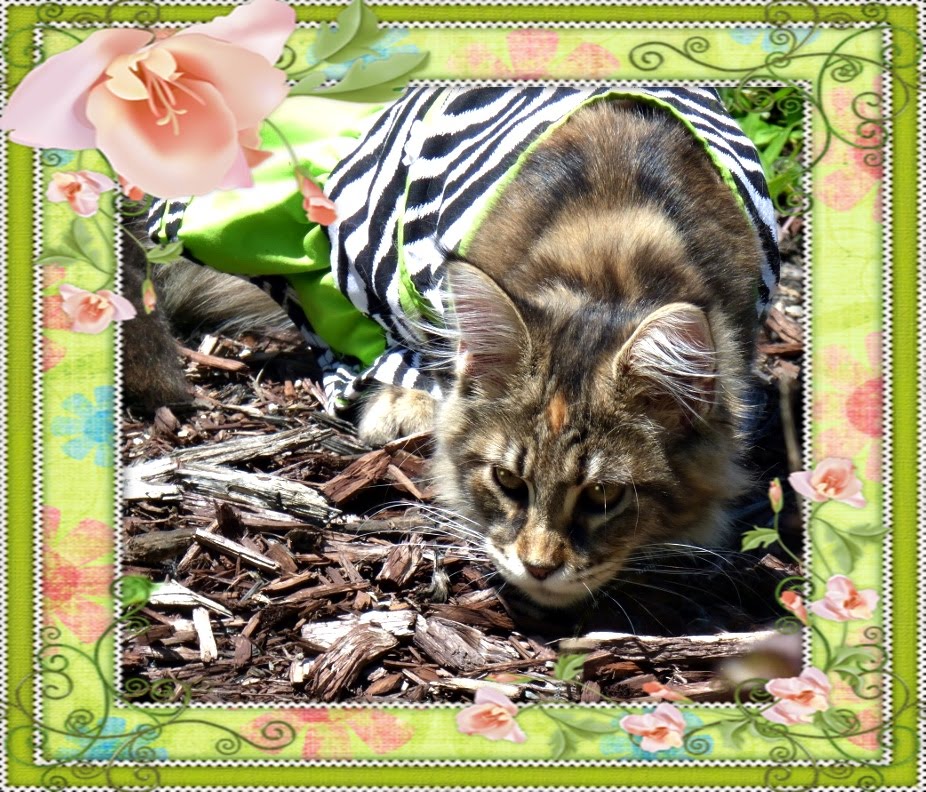 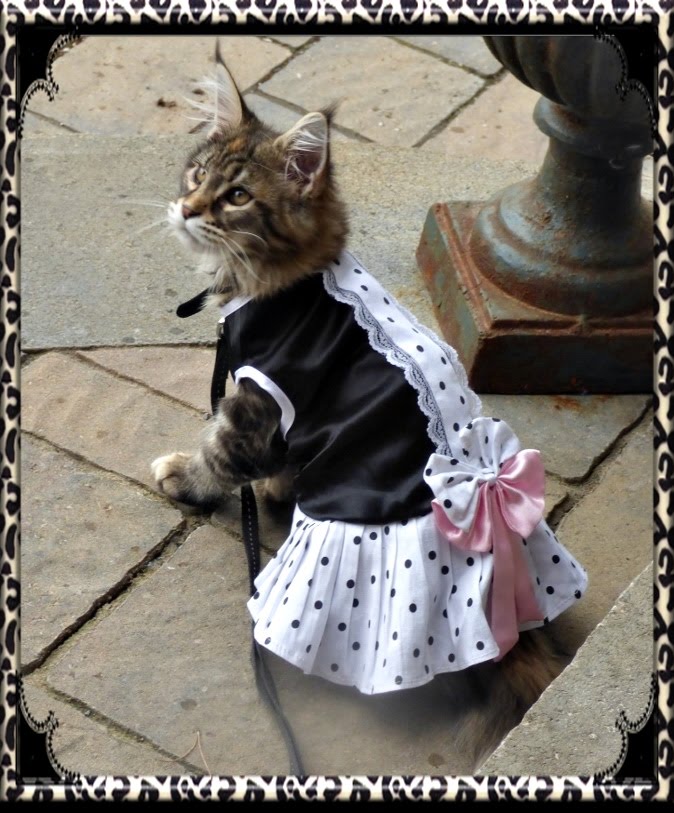 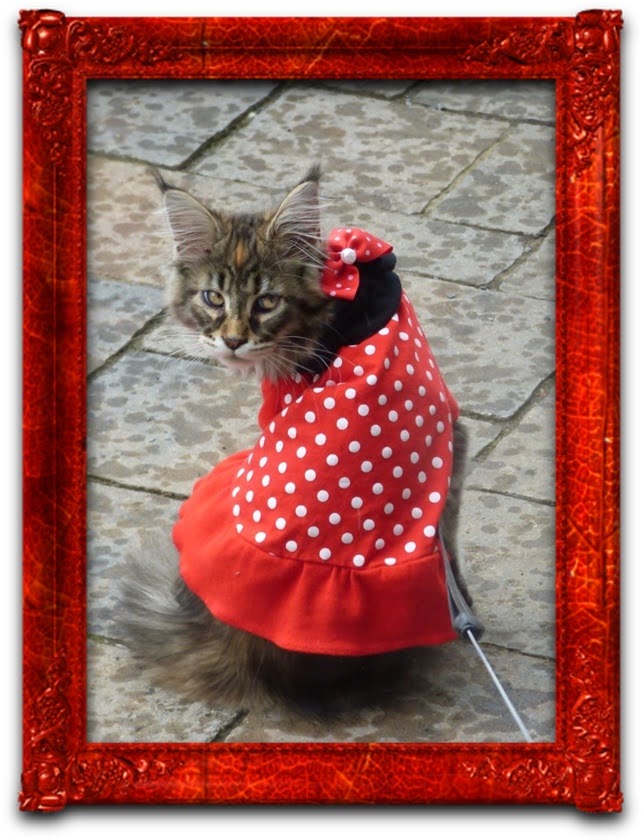 'FlapPURR in The Roarin' Twenties'

You're 22 pounds? That's a lot of beautiful cat. I love all the dress up shots and my favorite it the pink polka dot dress. Adorable.

You are such a glamour girl sweetest Dani!

So beautiful! I love all of the dresses. My favorite two are the one with the owls and the flapper dress. Dani is very lucky because most kitties don't have such a glamourous wardrobe!
-Purrs from your friends at www.PlayfulKitty.net

You are truly America's top model,