Dani was sporting her 'Minnie Mouse' outfit, but her ears were cuter than the ones on the hood of the dress, so we didn't cover them up. 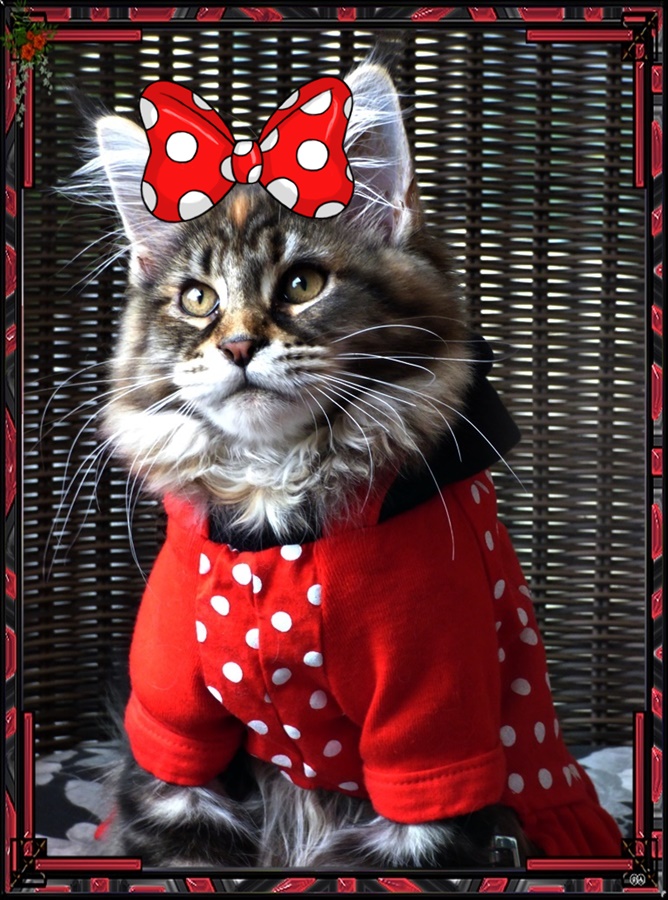 "I is my verreh own Minnie Me" says Dani proudly. 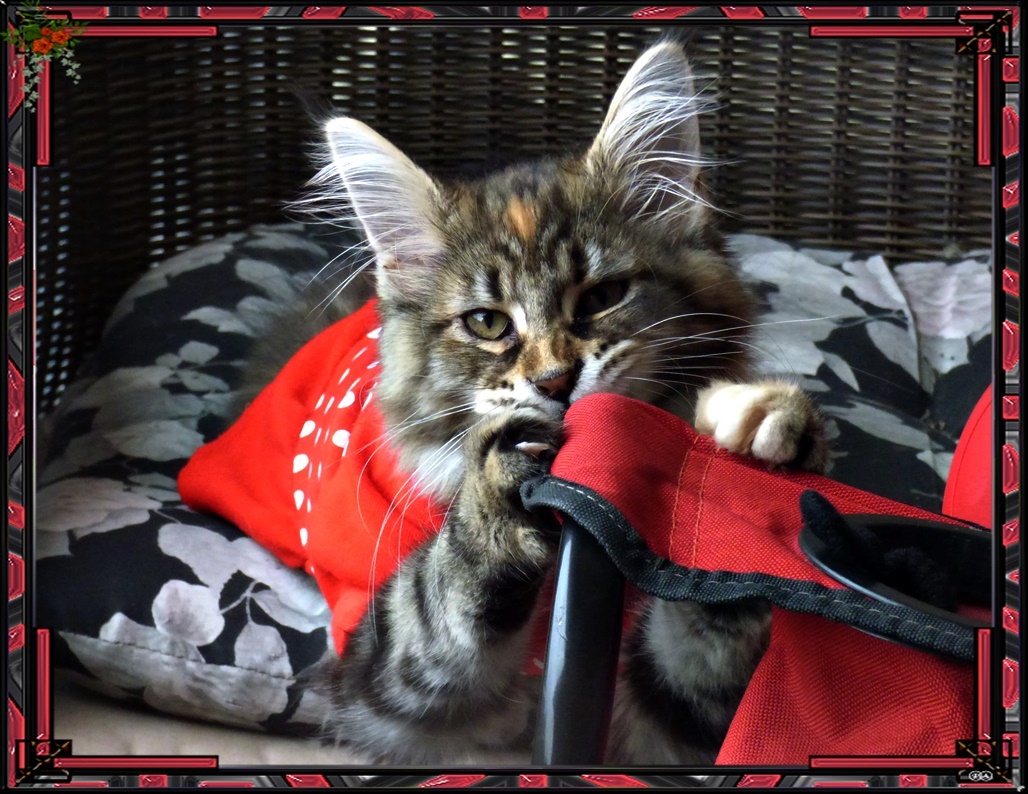 Being a kitten she can get rather out-of-hand.
Here she looks like she's auditioning for a new TV show called "Claw and Disorder". 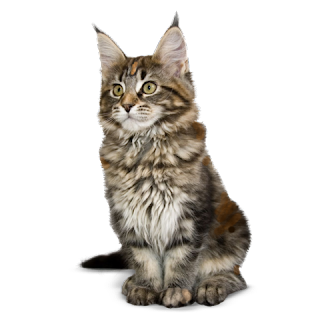